The airline is selling time on its flight simulators and serving meals in a flight-themed restaurant. 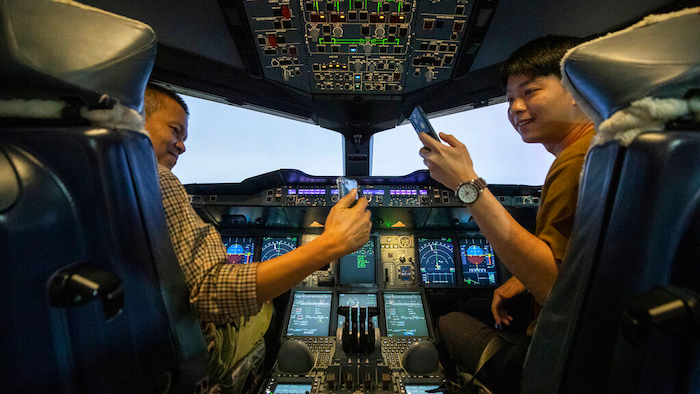 BANGKOK (AP) — Have you imagined piloting a plane into world airports? Do you miss airline meals or want a taste of first-class food? Thai Airways has found a way to offer those experiences despite being grounded by the coronavirus and landing in bankruptcy court under crippling debt.

The airline is selling time on its flight simulators to wannabe pilots while its catering division is serving meals in a flight-themed restaurant complete with airline seats and attentive cabin crew. The airline is trying to boost staff morale, polish its image and bring in a few coins, even as it juggles preparing to resume international flights while devising a business reorganization plan.

If you’re nuts about aeronautics, it doesn’t get much better than this: a hands-on half-hour at the controls of an Airbus A380 simulator, yours for 20,000 baht ($640).

Since the pandemic has clipped airlines' wings, Thai Airways devised the packages to keep its air crew motivated. It offers a four-day “pilot experience” package, of which the simulator is a part, or access can also be bought to the simulator alone.

So far, almost 100 customers have savored the thrill of a virtual takeoff and landing at an airport of their choosing. A session last week featured Paris Charles de Gaulle Airport, though the pilots say the most popular choice has been Tokyo.

The oldest trainee so far has been 77, the youngest 7.

The cockpit is an exact copy, pilots said, even down to the feel of the buttons. 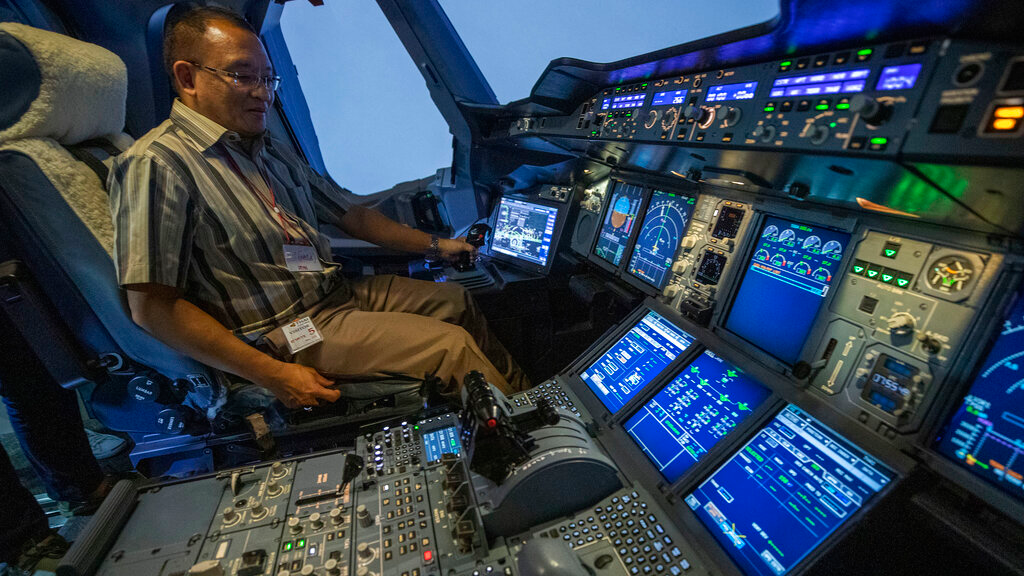 A customer sits in an Airbus A380 flight simulator for a flying experience.Associated Press

For aspiring flyer Chawanrut Suttiworrapong, one of a group of 11 booked in last week, it was a tantalizing glimpse of her dream job.

“I am very excited, especially when you get to see something that looks so close to real flying,” said the 25-year-old student from Bangkok. “It makes me realize what a beautiful workspace this profession has. I hope one day I can be in that position.”

The pilot managing the project says it’s the kudos, not the cash, that count.

“The income is secondary. The real objective is to keep the relationship with Thai Airways passengers,” Capt. Chaisupatt Mulsrikaew said. “We miss our passengers, too.”

Despite often ranking among the world’s top airlines, Thai Airways is in deep financial trouble.

Losses have piled up since the pandemic forced it to all but suspend its operations. By May it was carrying an estimated debt burden of almost 300 billion baht ($9.6 billion).

Only when its reorganization plan is approved will the airline's cost in staff, routes and reputation become clear.

But to judge by the buzz at its new restaurant you’d never know anything was amiss.

The Royal Orchid Dining Experience opened in September, transforming what was the old staff canteen. Managers say 800 people dine there a day. 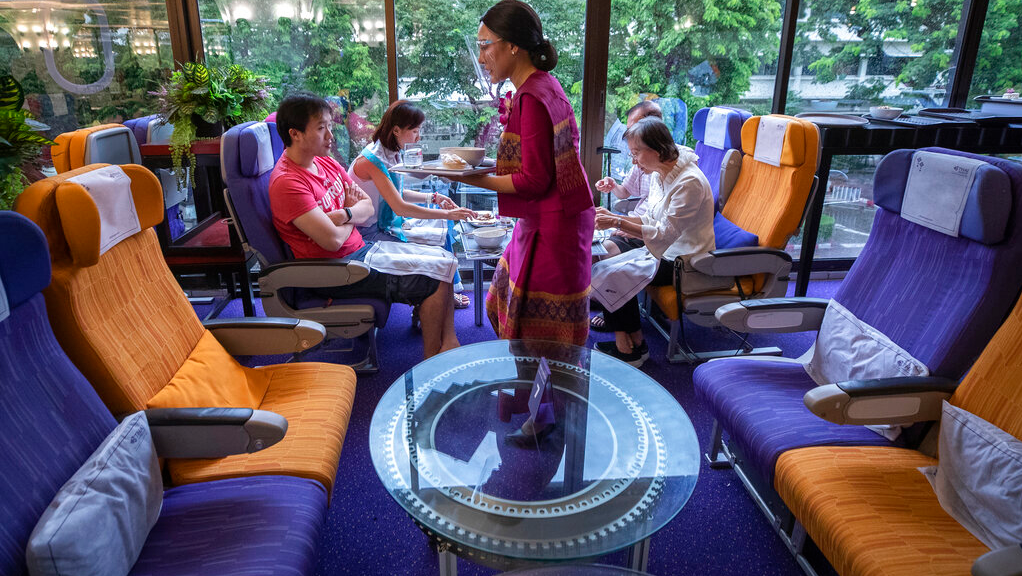 A flight attendant serves meals in a flight-themed restaurant at the Thai Airways head office.Associated Press

For those who pine to dine above the clouds, it has it all: cabin crew bringing cold drinks on Thai Airways trays and superior airline food served on Thai Airways tableware to be eaten with Thai Airways cutlery in seating familiar to every aircraft passenger.

There are three classes of food and service: First, Business and walk-in, priced accordingly.

The atmosphere is so festive it’s easy to forget the reason it’s there. Like the simulator access, it engages staff and brings in revenue.

“When COVID-19 spread, I think just since this March 2020, the flights dramatically decreased,” said restaurant manager Thanida Israngkul Na Ayudhya. “So we have nothing to do. We have no revenue. So that’s why we have to twist to do the on-ground business.”

For diners it’s about more than just food: It satisfies a craving for faraway places and happier times.