With a clearer view of how the pandemic is impacting their business, once-hesitant companies are pulling the trigger. 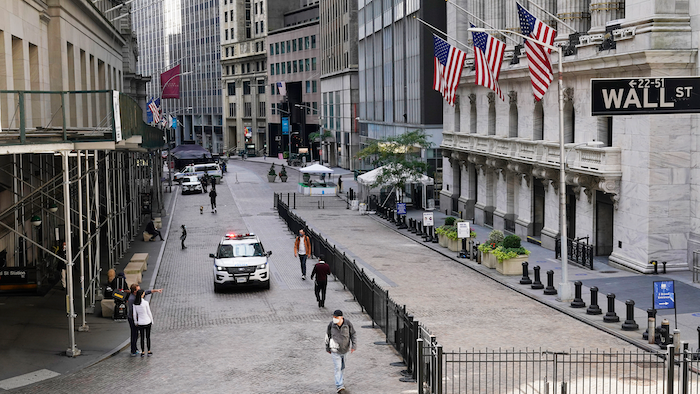 Companies that retreated from corporate deal-making after the virus pandemic struck are now roaring back because of pent-up demand and a clearer view of how the disease is impacting their business.

Chipmaker Nvidia's buyout of Arm Ltd. was the biggest merger and acquisition by a U.S. company during the third quarter's $1-trillion-M&A rebound. That 80% surge from the second- quarter's $555.9 billion was M&A's strongest third-quarter by deal value in more than a decade.

“To have a trillion-dollar quarter is pretty rare,” said Matt Toole, director of deals intelligence at Refinitiv. “A lot of that has to do with pent-up demand and a lot of conversations happening in the spring.”

The third-quarter push has helped fill some of the hole left from the first half of the year, but the last quarter of the year remains uncertain. Whether the trend could continues depends on how the economy recovers in the final months of the year, Toole said.

Companies grappling with the sudden plunge in consumer spending and overall activity slammed the brakes on M&A in the first half of 2020. The third-quarter surge shows they might be getting more comfortable with the new reality after experiencing the impact from the virus pandemic and seeing how their competitors have fared.

“Companies now understand a little bit of what the pandemic meant to business models,” said Mike Zigmont, director of trading and research at Harvest Volatility Management. “So, now they can factor that uncertainty into the future, now they can make M&A plays.”

Companies are taking advantage of seemingly good conditions for deal-making, including historically low interest rates that allow for cheaper debt, along with money sitting on balance sheets and in the private equity markets.

M&A activity by food and beverage companies has been particularly surprising in 2020. Deal values in the sector more than tripled to $138.8 billion through the first nine months of this year. Telecommunications companies saw deal values rise 78% to 98.1 billion over that period.

Deal-making has been more stable overall for the technology sector, which has seen a 25% boost in values so far this year to $377.2 billion. It also boasted a 3% increase in the number of deals getting done, making it the only sector to see an uptick in that category.

“People are taking opportunities to expand or combine with a competitor in a particularly hot space,” Toole said.

Santa Clara, Calif.-based chipmaker Nvidia was a big contributor of the third-quarter surge in deal values after it announced its $40 billion acquisition of British chip and software maker Arm Ltd.

Many companies in the tech sector are benefiting from people working and shopping from home. Those trends were already happening, but COVID-19 has accelerated the shift.

“It’s encouraging since it means that companies are indeed willing to invest in other companies to get growth,“ said Brad McMillan, chief investment officer for Commonwealth Financial Network.

It could also be a sign that it's becoming a bit more difficult to grow in the current economy without some consolidation, McMillan said.

Despite the recent boost in activity, 2020 is still shaping up as the worst year for M&A since 2017.

While the pandemic has set conditions for many companies to strike deals, it has also helped to break others. Paris-based LVMH, which owns Christian Dior and other luxury brands, abandoned its $14.5 billion takeover of luxury jeweler Tiffany in September. It cited a regulatory delay by the French government as the reason, but the deal’s value had also been eroded by an industry-wide downturn caused by the pandemic.