The CEO has strenuously denied any wrongdoing. 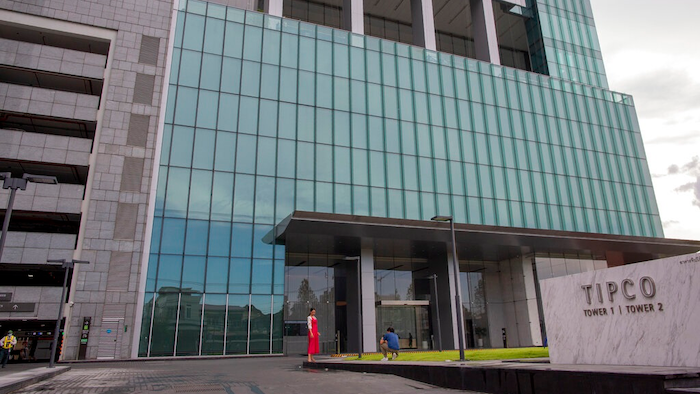 MIAMI (AP) — Back in January, a yearlong campaign of U.S. sanctions was taking its toll at Venezuela’s state-run oil company. Many of PDVSA’s overseas bank accounts had been frozen, hampering its ability to pay vendors on whom it relies to keep the nation’s crude flowing.

So the company leaned on a longtime client from Thailand, Tipco Asphalt, to blunt the impact: in exchange for discounts on oil, Tipco would pay PDVSA’s bills and deduct the amounts from what it owed the Venezuelan oil giant, according to records obtained by The Associated Press.

“Tipco is a PDVSA client, not the Venezuelan central bank,” commented Jean-Pierre Pastor, Tipco’s legal representative in Venezuela, in an email to PDVSA.

The e-mail is just one of the dozens of documents obtained by the AP as part of an investigation into how Venezuela is trying to skirt harsh U.S. sanctions that have exacerbated an economic collapse rarely seen outside war zones. At a time when Nicolás Maduro’s government is seen as a pariah in the west, the financial arrangement with Tipco has quietly allowed PDVSA to move hundreds of millions of dollars around the world, records show.

The publicly traded Thai company says its payments to third parties a standard feature of its oil purchases from Venezuela, which are not barred by U.S. sanctions applicable only to American companies. Nonetheless, the AP has learned that the outlays are being scrutinized by the Trump administration, which views them as a lifeline to Maduro.

The documents — invoices, contracts, and wire receipts — were provided to the AP by a former PDVSA consultant outside of Venezuela on the condition of anonymity for fear of retaliation.

Attorneys and forensic accountants who reviewed the documents said Tipco could be sanctioned for defying U.S. policy seeking to starve Maduro of oil income. Processing payments could also spur a fraud or money laundering investigation against Tipco in the U.S. if American companies were involved, as appears to be the case in a few instances, said David P. Weber, who investigated corruption while employed at the U.S. Treasury Department.

“It may have seemed a good idea to make a profit serving as a financial intermediary,” said Weber, who now is a forensic accounting professor at Salisbury University in Maryland. “But in engaging in such risky activity, Tipco fell in with one of the most despicable governments in the world.”

Tipco on Sept. 11 — four days after the AP sent it detailed questions — announced that it would stop purchasing crude from Venezuela to avoid being sanctioned by the U.S.

Meanwhile CEO Chaiwat Srivalwat, in an email to AP, strenuously denied any wrongdoing.

“We have never provided financial support or services to PDVSA,” he said. “These payments purely corresponded to the amount of crude oil purchased from PDVSA.”

Tipco is one of Asia’s largest distributors of asphalt, with revenue last year of over $1.2 billion. Its biggest shareholder is French road builder Colas.

Much like a third-party payment processor, Tipco wired several millions of dollars from its accounts at Thailand’s oldest bank to PDVSA’s clients around the world, documents show. Instead of accepting payment for the crude it sold, PDVSA kept a running tab with its longtime client and periodically would send detailed instructions to Tipco to pay vendors on its behalf.

Since the start of 2019 — when the Trump administration sanctioned PDVSA — nearly 100 companies received hundreds of millions of dollars in this manner, according to the records. They include the global law firm Dentons, shipping companies, and small Venezuelan firms with bank accounts in Russia and Turkey, according to the documents. Even OPEC, the oil cartel Venezuela helped found in 1960, was paid 2 million euros ($2.3 million) in dues via Tipco.

“We were never told we’d be paid by Tipco,” said a Latin American representative for Russian truck manufacturer Kamaz on the condition of anonymity because the company is still waiting to be paid half of the $10.2 million it is owed.

Knowledge of the arrangement went all the way to the top of Tipco, according to the documents. Several emails containing wire instructions are addressed to Tipco’s CEO. Also copied was Pastor, the brother of Tipco board member Jacques Pastor, a Colas executive.

The bulk of the transactions were processed in euros for European vendors. But a few American-based vendors also received millions of dollars through Tipco and are now under federal criminal investigation, according to four U.S. law enforcement officials on the condition of anonymity to discuss an ongoing probe.

What did Tipco gain from the deal? Cheap oil. When international crude prices this summer hovered around $41, PDVSA offered Tipco discounts of around $25 per barrel for a shipment of 700,000 barrels, according to a summary of the proposal.

Chaiwat told the AP that since the start of 2019, Tipco has purchased around 18 million barrels.

“PDVSA is in survival mode,” said Francisco Monaldi, who heads the Latin America energy program at Rice University. “Due to sanctions they have no alternatives, so anyone willing to assume the legal and reputational risk can easily take advantage of them.”

As Maduro clings to power, the U.S. is considering expanding sanctions by closing loopholes that allow a small number of non-U.S. companies to keep doing business with Venezuela. Tipco is now scrambling to find a replacement for its crude from Venezuela or risk shutting down its refinery in Malaysia.

Meanwhile, PDVSA is steeling itself for more pain.

With motorists in the interior waiting days in line to fill up their cars with gas, and production at the lowest since the 1920s, the government last week unveiled plans for an “Anti-Blockade Law.” Among measures to boost foreign investment is a proposal granting PDVSA expanded powers to sign oil deals in secret, according to a presentation seen by the AP.

“The imperialists have tried by all means to impede Venezuela’s development,” Oil Minister Tareck El Aissami said in a speech outlining the bill.