There are emerging signs that any recovery will fail to match the speed and severity of the economic collapse that occurred in just a few weeks. 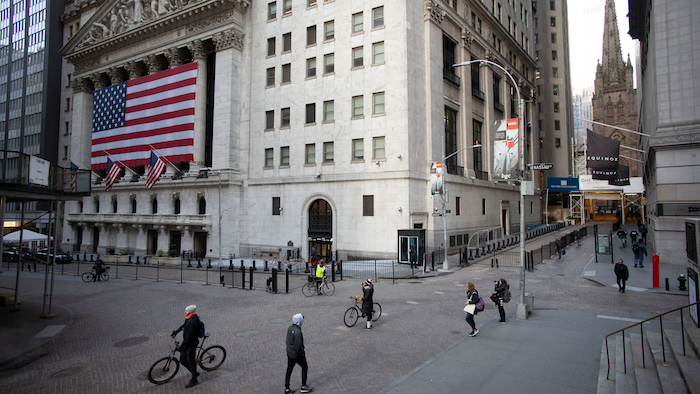 In this March 18 file photo, a few people walk on Wall Street in front of the New York Stock Exchange in New York. There are emerging signs that any recovery will fail to match the speed and severity of the economic collapse that occurred in just a few weeks.
AP Photo/Mark Lennihan, File

BALTIMORE (AP) — President Donald Trump has been telling voters that the U.S. economy will leap back to life “like a rocket,” stronger than ever after its bout with the coronavirus.

But there is a reason economics is called the “dismal science.” There are emerging signs that any recovery will fail to match the speed and severity of the economic collapse that occurred in just a few weeks. The 2020 presidential and Senate elections likely will take place as the world’s largest economy is still attempting to climb back from the deadly outbreak.

“Anyone who assumes we’re going to get a sharp snapback in activity isn’t thinking about how consumers are going to feel. They’re going to be very cautious,” said Nariman Behravesh, chief economist at IHS Markit. “Households and businesses have seen their finances deteriorate. People are buying groceries on their credit cards.”

To understand the consequences of a sudden negative shock on the economy, Behravesh studied how many people returned to flying after the Sept. 11, 2001, terrorist attacks.

“It took two and a half years for airline passenger traffic to go back to previous levels,” he said. 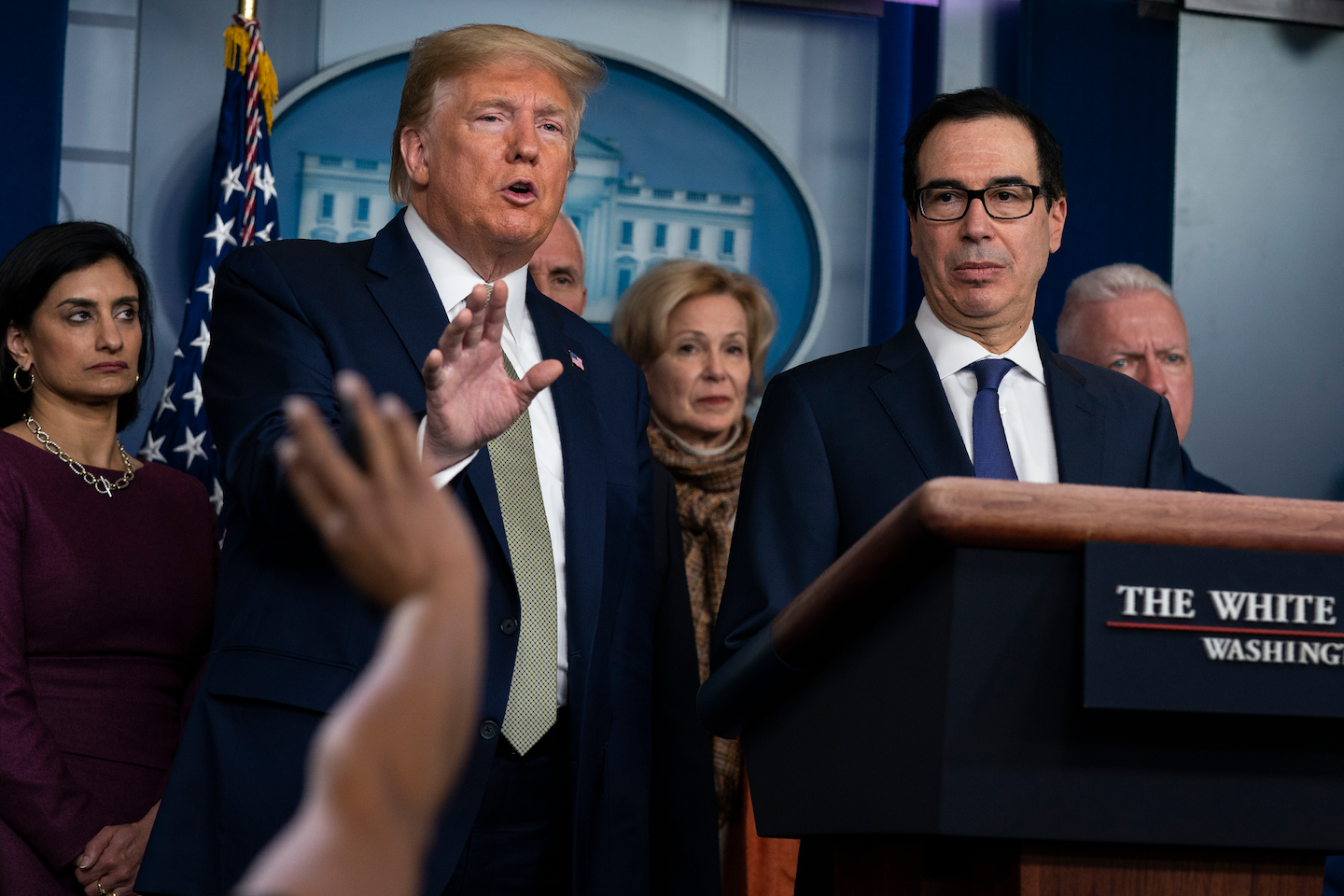 In this March 17, 2020 file photo Treasury Secretary Steven Mnuchin, right, listens as President Donald Trump speaks during a press briefing with the coronavirus task force, at the White House in Washington.AP Photo/Evan Vucci

No longer able to campaign on a half-century low unemployment rate, Trump has begun to tell voters that he can quickly rebuild the economy. He said measures like the $2.2 trillion rescue package — with more money likely on the way — can send employment and economic growth to new highs.

Jefrey Pollock, a Democratic pollster, said voters will judge in November whether the Republican president has delivered an economic revival, and they will be taking a similar measure of incumbent members of Congress.

“The fact that we’re as partisan as ever doesn’t mean we’re destined to forgive a president who fails on the economy,” Pollock said. “This is a man who championed his economic abilities — and to me there is nothing to suggest that voters will forgive him, since he’s been front and center on the virus response since Day One.”

If his view holds, that plays to the advantage of likely Democratic nominee Joe Biden. But Biden will have to give voters a fuller idea of how he would boost the economy, Pollock said.

Trump has repeatedly sought to portray the situation as the U.S. economy being sideswiped by the “hidden enemy” of COVID-19, which he and his advisers initially downplayed in February and March and later suggested was impossible to foresee. His message to voters is that his leadership will make the economy even stronger.

Treasury Secretary Steve Mnuchin, who has been leading the stimulus efforts, has said there will be “a very big bounce back,” though he noted that the gains could be uneven.

“Certain parts of the economy you’re going to see come back immediately,” Mnuchin said Tuesday on the Fox Business Network. “Certain things are going to take a little bit longer.”

One of the arguments for a quick recovery came from the Harvard University economist Larry Summers, who served as a top economic adviser to President Barack Obama during the Great Recession, suggesting on Twitter that the U.S. economy would behave much as a beach town on Cape Cod, which closes in the winter and reopens around Memorial Day for a burst of summer activity.

Adding to the challenge is that political leaders cannot simply command an economic recovery to occur. The timing depends on the shared actions of millions of consumers and employers, said Paul Winfree, a former Trump White House official who is now director of economic policy at the conservative Heritage Foundation.

“I don’t think we’re going to get out of this because of political leadership,” Winfree said in an email. “This isn’t WWII. Rather, things won’t turn around until a significant majority of people decide that we’ve done enough (privately and publicly) and have to move along. Hopefully, that coincides with the success of public health efforts.”

A strong economic rebound likely depends on people and companies being able to preserve their money, so that it can be spent and invested once the gloom begins to subside. The challenge now is that incomes are eroding, and that could limit the recovery.

Not only have 16.8 million Americans — roughly 1 in 10 workers — lost their jobs in the past three weeks. Workers have seen their hours slashed, have seen sales commissions disappear and have accepted salary cuts, such that incomes have declined for half of U.S. working households, according to a survey from The Associated Press-NORC Center for Public Affairs Research.

Children can no longer attend school, reducing the productivity of their parents. And on a regional basis, many state economies may take time to claw back what has been lost. Florida will need to bring back roughly 130 million tourists annually. The decisions of Texas employers will likely depend on crude oil — now trading for around a low $24 a barrel — climbing back above $30 to a point at which drilling and pumping is profitable.

Stanford University economist Nicholas Bloom is an expert on uncertainty and believes the economy will end this year 10% smaller than it was at the start of 2020, a loss of nearly $2 trillion even with the $2.2 trillion rescue package.

The long-term outlook also has deteriorated, he added, in ways that could hurt the recovery.

“Working from home is creating a collapse in investment,” Bloom said. “All firms I have spoken to have cancelled training, new product introductions and R&D projects, while at U.S. universities and laboratories unless you are working on COVID-19 you have stopped work. So innovation — the main driver of long-run U.S. growth — has stopped.”

Bloom has personally responded to the decline in an ominous way. He said he pulled his retirement funds and college savings from the stock market and placed them in interest-bearing accounts to wait out the storm.