The company will establish two new facilities by 2021. 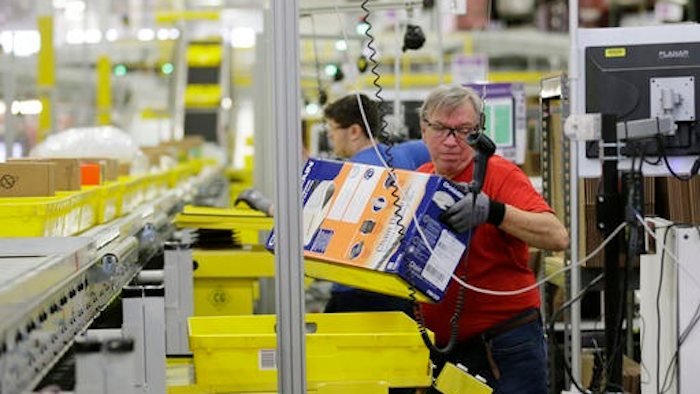 Suffolk—Governor Ralph Northam today announced that Amazon is continuing its investments in Virginia with the launch of two new, state-of-the-art operations facilities in Hampton Roads that will create 1,500 new jobs. Amazon will establish a multi-story robotics fulfillment center in the City of Suffolk, creating 1,000 new jobs, as well as a 650,000-square-foot processing center (cross-dock) in the City of Chesapeake, which will bring 500 new jobs. Both operations are anticipated to launch in 2021.

Governor Northam made the announcement at Old Dominion University’s Virginia Modeling, Analysis, and Simulation Center in Suffolk, where he was joined by local leaders and Amazon officials.“Virginia has proven itself to be a prime destination with the business climate, infrastructure, global access, trained workforce, and talent pipeline that Amazon needs for its continued growth here,” said Governor Northam. “With an existing workforce of more than 10,000 full-time employees across our Commonwealth, Amazon’s economic impact in Virginia cannot be overstated. We celebrate the addition of two new, high-tech facilities in Suffolk and Chesapeake that will positively benefit the entire Hampton Roads region.”

Amazon first launched its Virginia fulfillment operations in 2006 with a fulfillment center in Sterling. Since then, the company has grown its robust operations network to include more than 10 fulfillment and sortation centers and delivery stations in Ashland, Chester, Clear Brook (Frederick County), Petersburg (Dinwiddie County), Richmond, Springfield, and Sterling. In addition to the company’s Arlington headquarters, Amazon also has 13 Whole Foods Market locations across the state and three Prime Now Hubs in Virginia Beach, Richmond, and Springfield.

Since 2010, Amazon has invested more than $34 billion in Virginia through its local fulfillment center and cloud infrastructure, research facilities, and compensation to thousands of employees. Amazon’s investments in Virginia contributed an additional $11 billion into the economy and, using methodology developed by the U.S. Bureau of Economic Analysis, the company estimates its investments in the state have created an additional 40,000 indirect jobs on top of Amazon’s 10,000 direct hires. The Virginia Economic Development Partnership worked with the City of Chesapeake, the City of Suffolk, the Hampton Roads Economic Development Alliance, and the Port of Virginia to secure the project for Virginia. Amazon is eligible to receive benefits from the Port of Virginia Economic and Infrastructure Development Zone Grant Program, and funding and services to support the company’s employee training activities will be provided through the Virginia Jobs Investment Program.