It would reverse a Trump administration policy and could help usher in stricter standards nationwide. 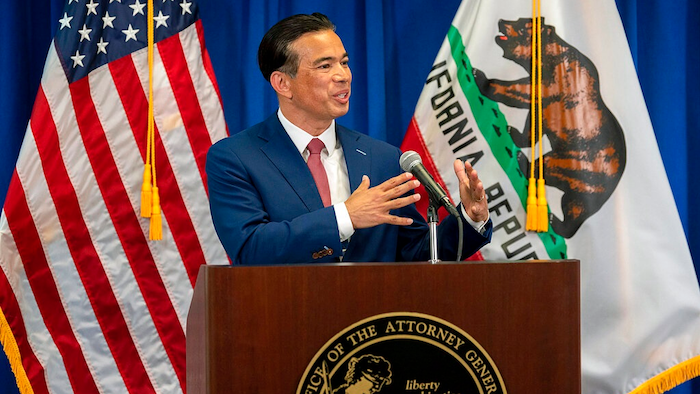 WASHINGTON (AP) — Officials from California, New York and other states urged the Environmental Protection Agency on Wednesday to allow California to set its own automobile tailpipe pollution standards, an action that would reverse a Trump administration policy and could help usher in stricter emissions standards for new passenger vehicles nationwide.

The Biden administration has said it will withdrew Trump-era restrictions on state tailpipe emission rules and has moved to grant California permission to set more stringent pollution standards for cars and SUVs. That would give California greater leverage in discussions with automakers as states and federal officials seek a climate-friendly agreement on emissions standards.

At least 13 states and the District of Columbia have signed on to California’s vehicle standards, which were established decades ago under a special waiver that the Trump administration revoked in 2019. Collectively they represent 36 percent of the U.S. auto market.

Liane Randolph, chair of the California Air Resources Board, said at a public hearing Wednesday that the Trump administration's withdrawal of California’s long-standing waiver was “ill-advised and illegal.''

Addressing EPA officials at an online hearing, Randolph said, “Time has continued to prove the importance and good sense of our program'' to restrict vehicle emissions. “We know the air quality in California is cleaner today than in decades. Californians can see mountains in the Los Angeles area, no longer shrouded by smog. And the air quality continues to improve because of our program.''

“Despite decades of effort and significant improvements, the unfortunate reality is that too many Californians still breathe dirty air and suffer from the resulting health consequences,'' Bonta said. According to the American Lung Association, seven of the 10 U.S. cities with worst ozone pollution are in California, along with six of the 10 most polluted cities measured by year-round particle pollution.

“Bad air quality means more premature deaths or respiratory ailments and more asthma cases,'' Bonta said. “And as the dire realities of the climate crisis grow increasingly apparent, we’re seeing the number of bad-air days in California go up, not down. From record heat waves to wildfire seasons that are increasingly long and severe, the existential threat of our time is less and less difficult to imagine.''

President Joe Biden has made slowing climate change a top priority, and his nearly $2 trillion infrastructure proposal includes 500,000 new charging stations for electric cars and trucks. Fully electric vehicles represent just 2% of new vehicle sales in the U.S., but analysts expect that to rise rapidly in coming years. Major automakers, including General Motors and Ford, are pledging billions to develop electric cars and trucks, and GM has gone so far as to announce a goal of ending gasoline-fueled passenger vehicles entirely by 2035.

The EPA and the National Highway Traffic Safety Administration have proposed withdrawing Trump-era rules meant to stop states from setting their own requirements for greenhouse gases, zero emissions vehicles and fuel economy.

The changes, if approved after the agencies take public comments, would allow California and other states to set their own rules for vehicle emissions. Biden has said he will seek one national standard, as was the case under President Barack Obama.

Carmakers, autoworkers and environmental groups are eager for the federal government and California to reach a deal that creates a single nationwide standard for tailpipe emissions. EPA Administrator Michael Regan has said he expects to propose a tailpipe emissions rule in July.

“I am a firm believer in California’s long-standing statutory authority to lead,'' Regan said in April. “The federal government can indeed learn from states, and that’s what we plan to continue to do.”

Gavin McCabe, a special assistant New York attorney general, said the 2019 rollback of California's emissions standards was “among the worst and most cynical actions by the Trump EPA.''

“Arbitrarily weakening federal standards ... was bad enough,'' he said, “but it was truly unconscionable for EPA to attempt to block states from doing what the law plainly allows them to do to protect their residents.'' New York has followed California standards for more than 30 years.

Trump’s move to revoke the state waivers split the industry, with most automakers behind him while Ford, Honda, BMW, Volkswagen and Volvo decided to go with California standards. After Biden was inaugurated, automakers began withdrawing support for Trump’s decision.

Trump officials argued that California’s use of its waiver effectively set national policy on auto emissions, increasing the cost of vehicles sold in states with less pollution.

Trump also rolled back Obama-era fuel efficiency and emissions standards, and it’s likely the Biden administration will reverse those as well, replacing them with more stringent requirements.