However, Volkswagen surrendered the title of biggest carmaker by volume, which it had held since 2016. 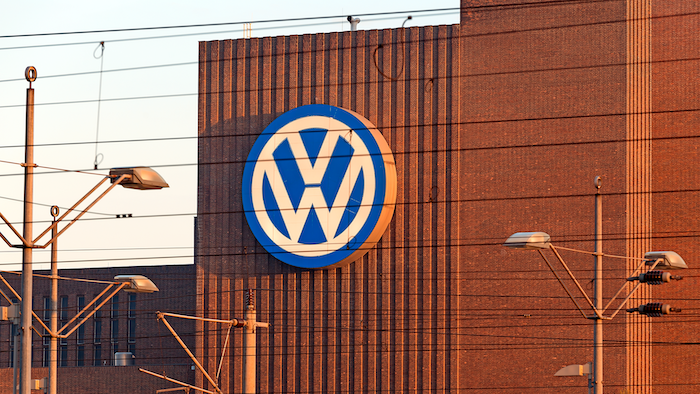 FRANKFURT, Germany (AP) — Volkswagen said Friday it made better than expected profit of $10.7 billion after tax in 2020, despite the pandemic. The world's No. 2 automaker said the rapid recovery of China, its largest single market, and resilient sales of luxury vehicles helped the bottom line.

The company gave an upbeat outlook for this year, saying it would carry momentum from the stronger second half of the year over into earnings going forward. It predicted earnings would be in the top part of its forecast range and that sales revenue would be "significantly higher," assuming successful containment of the COVID-19 pandemic.

The results underline the uneven impact of the pandemic. Manufacturing companies like Germany's three big carmakers — Volkswagen, BMW and Daimler — have stayed profitable while services, tourism and air travel have been devastated.

The earnings figure was off 37 percent from 2019. Sales revenue was down 11.8 percent, but fell less than the 16.4 percent drop in unit sales to 9.2 million vehicles. That meant Volkswagen surrendered the title of biggest carmaker by volume that it had held since 2016 to Toyota, which sold 9.5 million vehicles. More financial details are to be announced March 16 at the company's annual news conference.

The Wolfsburg-based carmaker said that it had taken important strategic steps during the year to accelerate its push into software and digital technologies and services. It tripled its sales of electric vehicles to 422,000 ahead of stricter European Union limits on emissions of carbon dioxide, the primary greenhouse gas blamed for global warming. The company's brands include luxury carmakers Audi and Porsche, where profits per vehicle are higher than for more basic transportation.

The group's profits were boosted by the Porsche Taycan, a high-performance four-door sedan that starts at $79,500 for the standard model in the U.S. Sales of that model reached 20,000. The Taycan is part of German carmakers' efforts to compete with electric car pioneer Tesla, which has eaten into their sales of luxury cars.

"The financial results now available are far better than originally expected and show what our company is capable of achieving, especially in a crisis," Chief Financial Officer Frank Witter said in a statement. "We intend to carry over the strong momentum from the significantly better second half into the current year, and the programs for reducing our fixed costs and in procurement will make us more robust in the long term.