It hopes to get around a rule requiring vehicle sales go through auto dealerships. 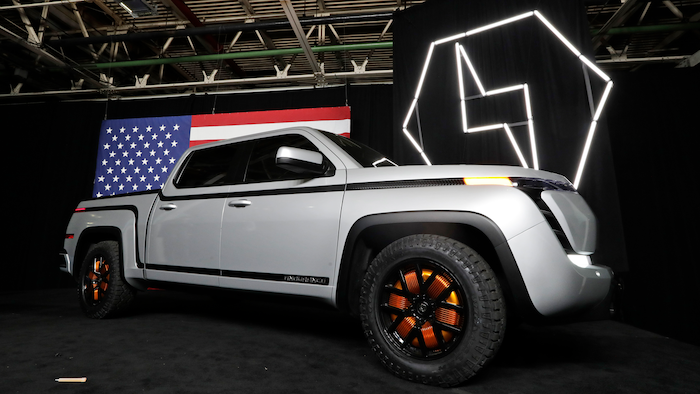 LORDSTOWN, Ohio (AP) — A new electric vehicle maker wants Ohio to allow the company to directly sell its trucks to customers as it looks to begin full production later this year.

Lordstown Motors Corp. hopes state lawmakers will approve the change, which would allow it to get around a rule requiring vehicle sales go through auto dealerships. Proposed legislation is expected to be introduced at the Statehouse within the next few weeks.

Full production of the company's Endurance pickups is slated to begin in September at the former General Motors assembly plant near Youngstown, which Lordstown Motors bought in 2019.

It now has 500 workers and plans to have around 1,500 employees when production ramps up.

Allowing the direct sales would allow the company to keep its prices down and protect proprietary technology, Lordstown Motors officials said Wednesday.

Ohio lawmakers approved a similar change in 2014 when it allowed Tesla to set up three sales locations in the state.

Lordstown Motors plans to sell its trucks to commercial customers such as utility companies and municipal governments, not individual customers.