Those who trained and worked for decades to build machines running on petroleum will need to do different work — or they might not have jobs. 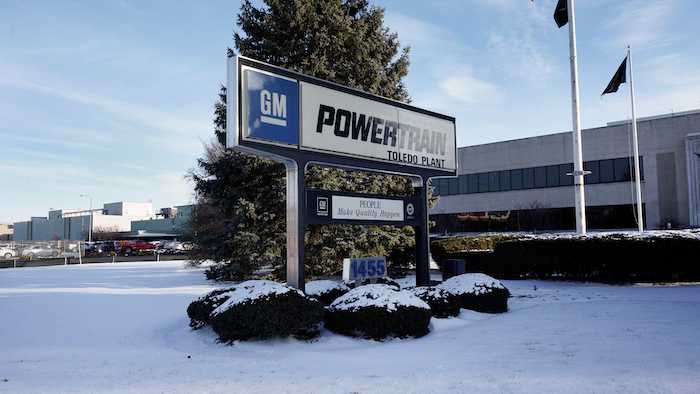 TOLEDO, Ohio (AP) — When General Motors boldly announced its goal last month to make only battery-powered vehicles by 2035, it didn't just mark a break with more than a century of making internal combustion engines. It also clouded the future for 50,000 GM workers whose skills — and jobs — could become obsolete far sooner than they knew.

The message was clear: As a greener U.S. economy edges closer into view, GM wants a factory workforce that eventually will build only zero-emissions vehicles.

It won't happen overnight. But the likelihood is growing that legions of autoworkers who trained and worked for decades to build machines that run on petroleum will need to do rather different work in the next decade — or they might not have jobs.

If the history-making shift from internal combustion to electric power goes as GM, Ford and others increasingly envision, jobs that now involve making pistons, fuel injectors and mufflers will be supplanted by the assembly of lithium-ion battery packs, electric motors and heavy-duty wiring harnesses. Many of those components are now built overseas. But President Joe Biden has made the development of a U.S. electric vehicle supply chain a key part of his ambitious plan to create one million more auto industry jobs with electric vehicles.

Yet for workers at GM and other automakers, that future could be perilous. The more environmentally focused plants of the future will need fewer workers, mainly because electric vehicles contain 30 percent to 40 percent fewer moving parts than petroleum-run vehicles. In addition, many of the good union jobs that have brought a solid middle-class lifestyle could shift to lower pay as automakers buy EV parts from supply companies or form separate ventures to build components.

Most vulnerable in the transition will be the roughly 100,000 people in the United States who work at plants that make transmissions and engines for gas and diesel vehicles.

They are people like Stuart Hill, one of 1,500 or so workers at GM's Toledo Transmission Plant in Ohio. At 38 years old and a GM employee for five years, Hill is still decades from retirement. The future of the plant and his role in it worries him.

"It's something that's in the back of my mind," Hill said. "Are they going to shut it down?" He and others hope that Toledo will be among the sites where GM will build more EV parts. If not, he'd be open to moving to some other plant to continue to earn a solid wage; top-scale workers represented by the United Auto Workers are paid around $31 an hour.

Yet there is hardly assurance that automakers will need as many workers in the new EV era. A United Auto Workers paper from two years ago quotes Ford and Volkswagen executives as saying that EVs will reduce labor hours per vehicle by 30 percent. "There are just less parts, so of course it stands to reason that there is going to be less labor," said Jeff Dokho, research director for the UAW.

"We're sort of at the beginning of that transition," said Teddy DeWitt, an assistant professor of management at University of Massachusetts Boston who studies how jobs evolve over time. "It's not going to be just in the vehicle space."

The number of industry jobs that will be lost in the transition will likely reach into the thousands, though no one knows with any precision. And those losses will made up, at least in part, by jobs created by a greener economy, from work involved in building electric vehicle parts and charging stations to jobs created by wind and solar electricity generation.

Indeed, the most far-reaching change in manufacturing since the commercial production of internal combustion-driven vehicles began in 1886 will ripple out to farm equipment, heavy trucks and even lawnmowers, snow blowers and weed-whackers. The oil and gas industries could suffer, too, as the fading of the internal combustion engine shrinks demand for petroleum.

At the century-old transmission plant in Toledo, GM workers make sophisticated six-, eight-, nine- or 10-speed gearboxes. Eventually, those parts will be replaced by far simpler single-speed drivetrains for electric vehicles. Especially for workers low on the seniority list, GM's plans for an "all-electric future" mean that eventually, their services will likely no longer be needed.

"This is that moment to define where we go in the future," said Tony Totty, president of the UAW local at the Toledo plant. "This is a time we need to ask ourselves in this country: What are we going to do for manufacturing? Is manufacturing dead in our country?"

Those worries already were in the air when Biden made an October campaign stop at the Toledo union hall. Totty delivered a letter imploring the candidate "not to forget about the people getting the job done today."

At the moment, though, American motorists have other ideas. They continue to spend record amounts on larger gasoline vehicles. With average pump prices close to a $2 a gallon, trucks and SUVs have replaced more efficient cars as the nation's primary mode of transportation. In January, roughly three-fourths of new-vehicle sales were trucks and SUVs. A decade ago, it was only half.

All that demand will still keep Toledo in business for years. Yet there's little doubt that the move to electricity is inexorable. About 2.5 million electric vehicles were sold worldwide last year. IHS Markit expects that figure to increase 70 percent this year alone. In December, there were 22 fully electric models on sale in the United States; Edmunds.com expects that figure to reach 30 this year. GM alone has pledged to invest $27 billion on 30 EV models worldwide by 2025.

The acceleration of the trend has heightened anxiety even at plants that are now running flat-out to meet demand for GM trucks. "It definitely scares me," said Tommy Wolikow, a worker at GM's heavy-duty pickup assembly plant in Flint, Michigan, who has worked eight years for GM. "I think that eventually there's a good chance that I might not be able to retire from this plant."

Depending on how fast consumers embrace electric vehicles, Wolikow fears he could be bumped out of his job by employees with more seniority. Workers already are starting to vie for jobs at three plants that GM has designated as electric vehicle assembly sites, two in the Detroit area and one in Tennessee.

In the meantime, GM says it needs its full factory workforce as it rebuilds inventory depleted by a coronavirus-related factory shutdown last spring. "We have to run our current core business smart and strong, because that will ultimately allow us to invest in this all-electric future," spokesman Dan Flores said. "There's no way we can speculate on the future of any individual facility."

Not all internal combustion-related jobs will vanish in the transition. GM excluded heavier trucks in its EV goal. And some manufacturers will keep making gas-electric hybrids, said Kristin Dziczek, a vice president at the Center for Auto Research, an industry think tank.

It's unclear what will happen to workers at GM or other automakers who might be squeezed out in the transition. In the past, GM has protected some workers in periods of downsizing. When it closed an assembly plant in Lordstown, Ohio, in 2019, for example, laid-off workers were given a chance to transfer to other plants. And when GM shuttered factories heading into a 2009 bankruptcy, laid-off employees received buyout and early retirement packages.

The UAW says it views the transformation to electricity as potentially less a threat than an opportunity for growth. Dokho suggested, for example, that the Biden administration could offer incentives to build more EV parts here. "We're optimistic about making sure that there are jobs in the future, and that the jobs there now are protected," he said.

Every major industrial transformation, DeWitt said, has tended to result in both lost jobs and new work. He noted, for example, that when Americans migrated from farms to cities after the Civil War, agricultural jobs dwindled. But cities were wired for electricity, and jobs such as electricians were created.

If the automakers are willing, DeWitt said, most of their workers could be retrained to move from gas vehicles to electric parts and vehicle assembly. "It feels unlikely to me that all of that knowledge we have built up in that workforce for the past 50 years is all of the sudden completely useless," he said.

The protection of jobs seems sure to be a top issue in the next round of UAW contract talks in 2023, and workers will especially want to preserve higher-wage positions. GM and other automakers now view battery manufacturing as a parts-supply function with lower pay.

The automaker is building a battery factory in Lordstown in a venture with South Korea's LG Chem. CEO Mary Barra has said that workers there will be paid less than those at vehicle assembly plants, to keep costs closer to what competing automakers will pay. The 2023 contract bargaining could be even more contentious than it was two years ago, when a 40-day UAW strike cost GM $3.6 billion.

Indeed, the reckoning between GM and the union may come sooner than anticipated, said Karl Brauer, executive publisher at the CarExpert.com website. Automakers, he said, generally work on vehicles five to seven years ahead of when they go on sale.

"You could make the argument that by 2028, they're not going to be doing any more development on internal combustion engine vehicles," he said. "Which starts to sound much closer than 2035."