The seven are accused of helping Ghosn flee while he awaited trial in Japan. 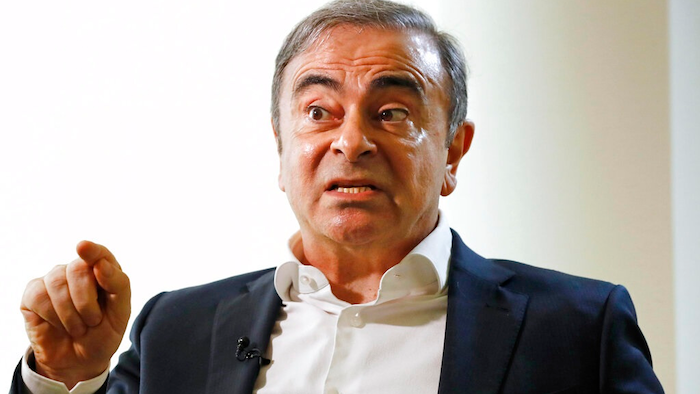 ISTANBUL (AP) — A Turkish court hearing the case against four pilots, two flight attendants and a private airline official accused of smuggling former Nissan Motor Co. chairman Carlos Ghosn out of Japan to Lebanon via Istanbul, on Thursday rejected a request for the pilots’ travel bans to be lifted, a lawyer said.

In the second hearing of the case, the court listened to testimony from two ground technicians who said they saw the airline official accompanying Ghosn in Istanbul while he left one jet and boarded the next, the state-run Anadolu Agency said.

The court then adjourned the trial until Jan. 20.

The seven are accused of helping Ghosn flee while he awaited trial in Japan. Turkish prosecutors are seeking up to eight years in prison each for the four pilots and the airline official on charges of illegally smuggling a “migrant.” The two flight attendants face a one-year prison term each if convicted of not reporting a crime.

In the opening trial in July, the court released the four pilots and the airline official from custody pending the outcome of their trial, but barred them from leaving Turkey. They were also ordered to report to authorities at regular intervals. The flight attendants were not under custody.

A lawyer representing pilot Serhat Kahvecioglu told The Associated Press that the panel of judges rejected requests for the pilots’ travel bans to be lifted.

“These people are pilots and haven’t been able to do their jobs for over a year. They have not been making any money for a year,” Mehmet Rusen Gultekin said.

Gultekin said his client was not aware of the scheme to smuggle Ghosn and expressed hope that he would be acquitted at the next hearing.

Ghosn, who was arrested over financial misconduct allegations in Tokyo in 2018, skipped bail while awaiting trial last year. He was flown from Osaka to Istanbul and then transferred onto another plane bound for Beirut, where he arrived Dec. 30. He is believed to have been smuggled inside a large, foam-covered music box.

The pilots and flight attendants have denied involvement in the plans to smuggle Ghosn or of knowing that Ghosn was aboard the flights.

The airline official, Okan Kosemen, claimed he was made aware that Ghosn was on board the flight from Osaka to Istanbul after the plane landed. He admitted helping smuggle Ghosn onto the second, Beirut-bound plane, but claimed he was threatened and feared for his family's safety.

Turkish airline company MNG Jet said in January that two of its planes were used illegally in Ghosn’s escape, flying him from Osaka to Istanbul, and then to Beirut. The company said at the time that its employee had admitted to falsifying flight records so that Ghosn’s name didn’t appear on them.