Dennis Williams said he "deliberately looked away" despite suspicions that union dues were being used for golf, lodging and fancy meals. 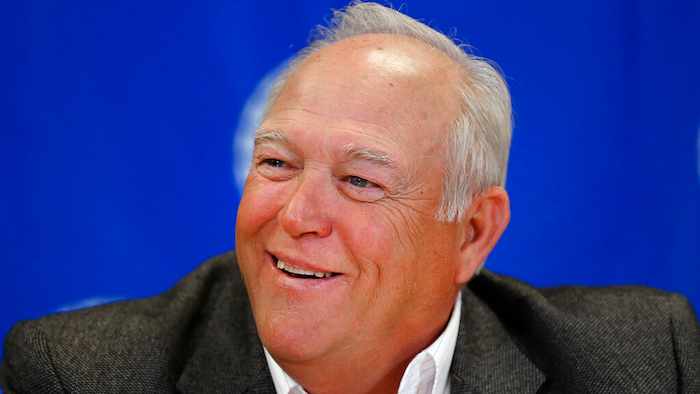 DETROIT (AP) — The former president of the United Auto Workers pleaded guilty Wednesday to an embezzlement scheme, saying he suspected that union dues were being used for golf, lodging and fancy meals but “deliberately looked away” and enjoyed the bounty.

Dennis Williams is the latest senior leader at the UAW to plead guilty in the government's investigation of corruption in the union's upper ranks. His successor as president, Gary Jones, pleaded guilty in June.

“As I have often said, the hard-working men and women of the UAW deserve so much better," said Steven D’Antuono, head of the FBI in Detroit.

Williams, who joined the union as a welder in Rock Island, Illinois, in 1977, rose to become secretary-treasurer and then president from 2014 until he retired in 2018.

Williams, 67, was accused of conspiring with others to cover up the source of cash for boozy meals, premium cigars, golf and lodging in Palm Springs, California.

The union's Region 5 leadership, which was based in Missouri and headed by Jones, would hold weeklong retreats in Palm Springs and invite Williams along. He said he stayed beyond “what my union business required.”

Williams told a judge that he wondered if money was being misused but that he was assured by Jones that “everything was above board.”

“I made the deliberate and conscious decision not to press the matter. ... I could have investigated the source of these funds or directed my staff to do so,” Williams said, appearing in court by video conference from California. “I was within my power and it was my duty as a UAW officer to do so. But I deliberately looked away.”

More than $53,000 in union money was used to rent a villa for Williams for monthslong stays in 2015-18, according to a court filing.

He faces a likely prison sentence of 18 to 24 months.

“I want to close by apologizing to this court, to my family and to each and every hard-working UAW member paying dues,” Williams said.

The union said Williams has repaid $55,000 in inappropriate travel expenses. Separately, the UAW is selling a lakefront house built for him at a union conference center in northern Michigan.

Williams put "self-interest above that of our members and this union,” the UAW said Wednesday.

Eleven union officials and a late official’s spouse have pleaded guilty since 2017, although not all the crimes were connected. The first wave of convictions, which included some Fiat Chrysler employees, involved taking money from a Fiat Chrysler-UAW training center in Detroit.