A regulatory filing says either side can end the deal if it doesn't close by Dec. 3. 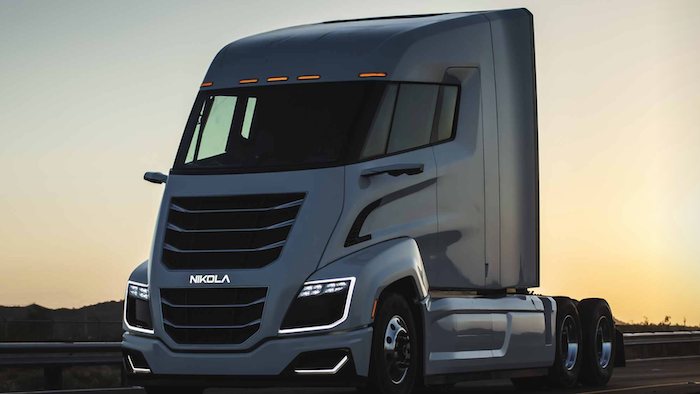 DETROIT (AP) — Shares in electric and hydrogen-powered truck startup Nikola fell more than 7% Tuesday after General Motors cast doubt on whether a $2 billion partnership would close as scheduled.

GM says in a statement that the deal has not closed and discussions with Nikola are continuing. Yet a news release from when the deal was announced said the companies expected to finalize it before Wednesday.

A regulatory filing by Nikola says either side can end the deal if it doesn't close by Dec. 3. GM's statements said it will provide updates when appropriate or required.

Under the partnership announced Sept. 8, GM would get an 11% stake in Nikola in exchange for engineering and building Nikola’s Badger hydrogen fuel cell and electric pickup truck. GM also will supply batteries for other Nikola vehicles including heavy trucks.

But on Sept. 20, Nikola founder and Chairman Trevor Milton resigned after a Hindenburg Research, a company that's betting Nikola stock will drop, accused Nikola of fraud. Nikola denies the allegations and called them misleading.

Hindenburg said Nikola's success was an “intricate fraud,” including a video showing a truck rolling downhill to give the impression it was cruising on a highway, and stenciling the words “hydrogen electric” on the side of a vehicle that was actually powered by natural gas.

The Securities and Exchange Commission and the Justice Department are reportedly investigating. GM has said it did proper due diligence before entering the partnership.

Nikola shares shot up after the deal was announced, but since then have tumbled over 60%. GM's stock is down about 11% since the partnership was unveiled.