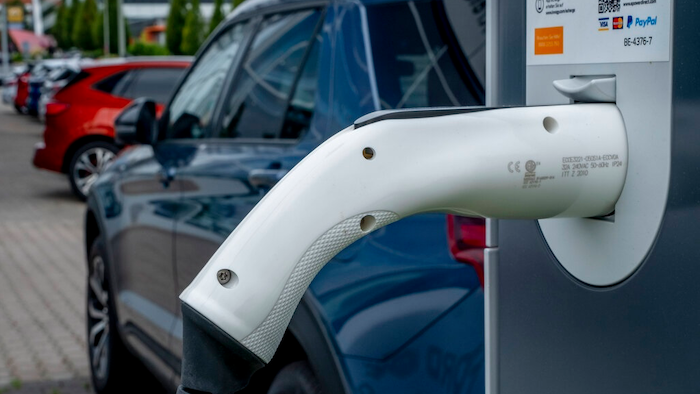 FRANKFURT, Germany (AP) — The market share of electric cars in Europe increased during and immediately after the worst of the pandemic lockdowns, industry figures showed Thursday, even as overall sales of vehicles of all types plunged during the second quarter. The new figures come as automakers ramp up electric car production under pressure to meet tough new emissions limits next year.

The share of chargeable cars rose to 7.2% percent in the April-June quarter from 6.8% in the first quarter, according to figures from the European Automobile Manufacturers Association. The figures include both battery-only vehicles and plug-in hybrids, which combine a battery that can be charged from a wall plug with an internal combustion engine, to extend range.

Chargeable vehicles sales fell, to 129,000 from 167,000, but the overall car market shrank even more, by more than 50 percent for both diesel and gasoline-engine cars. The April-June quarter included the worst of the lockdowns that limited movements and gatherings.

Market share is important because carmakers will be judged by their fleet average under tough new limits on carbon dioxide emissions that come fully into force next year. The new limits, aimed at combating global warming, mean that carmakers must make and sell more low-emission cars. Carbon dioxide is the main greenhouse gas blamed by scientists for global warming.

The second half of the year will see Europe's largest carmaker, Volkswagen, launch sales of its battery-only ID.3, intended as a mass-market electric option starting at less than 30,000 euros ($35,500). Uptake of electric cars had been slow until this year due to concerns about range, places to charge and higher prices. Battery prices have been falling, however, and a carmaker consortium is building a network of highway fast-charging stations. Governments have also increased subsidies for electric vehicle sales as part of economic stimulus programs aimed at cushioning the pandemic recession.

The share of sales that went to diesel cars fell to 29.4% from 31.3% in the same period a year ago. Diesel sales have plummeted in the wake of Volkswagen's 2015 scandal over diesel cars manipulated to cheat on emissions standards in the U.S.

Lucien Mathieu, e-mobility analyst with environmental lobby Transport & Environment, said that “despite the pandemic, electric car sales are growing at an unprecedented rate" and that electric vehicles and hybrids are taking market share from diesel and gasoline models, which emit greenhouse gases and pollutants that harm people's health. “2020 is the year of the electric car in Europe,” he said.

The U.S., with cheap gasoline and a federal government that wants to roll back fuel economy requirements, is moving more slowly in adopting electric vehicles. In China, a reduction in subsidies led to a slowdown in electric sales late last year, but the government is moving ahead with requirements for more low-emission vehicles over the long term.