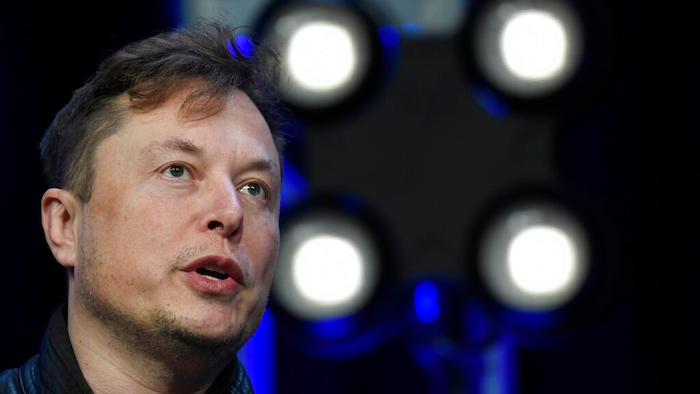 DOVER, Del. (AP) — A Delaware judge has denied a request by attorneys for Tesla shareholders to pursue a lawsuit seeking to prevent CEO Elon Musk from using his personal Twitter account to disseminate information regarding the electric vehicle and solar panel manufacturer.

Vice Chancellor Joseph Slights III ruled Tuesday that shareholder attorneys had not demonstrated a sufficient reason for him to allow the state court lawsuit to proceed. Slights put the case on hold after it was filed last year because of a pending federal securities fraud lawsuit and a contempt motion against Musk by the Securities and Exchange Commission.

The SEC sought to hold Musk in contempt of court after he tweeted in February 2019 about Tesla’s vehicle production goal for the year. Regulators said the tweet violated a 2018 securities fraud settlement requiring Tesla to oversee tweets from Musk that could affect the company’s stock. The settlement was reached after the SEC sued Musk for using his Twitter account to falsely announce that he had secured financing to take Tesla private.

The contempt motion was resolved in April 2019 with a requirement that Musk get approval in advance from a company lawyer before issuing any written communications regarding Tesla’s finances. But Musk got in more hot water last July after sending an unapproved tweet regarding a forecast for his company’s solar roof panel production.

The Delaware plaintiffs said in a court filing earlier this month that the lawsuit should proceed because Musk’s continued tweeting poses an imminent threat to Tesla, and that Tesla’s board has failed to rein in Musk and enforce the pre-approval policy on his communications.

The “final straw,” they said, was a May 1 tweet in which Musk said he though Tesla’s stock price was too high. The share price promptly fell by more than 10%.

“No rational Tesla lawyer or director could have approved this tweet,” shareholder attorneys wrote.

“Musk clearly is unwilling to comply with the SEC settlements, and the board is equally unwilling or unable to require him to do so and constrain his tweeting,” they added.

William Chandler III, an attorney representing Tesla directors, told Slights that the case boils down to a fight over possible damages related to Musk’s conduct, and that it should remain on hold pending resolution of the federal class action.

“The only harm that the plaintiffs allege is a drop in the market price that existed for less than one full business day,” Chandler said, referring to the May 1 tweet.

Slights said Musk’s tweet about solar panel production did not appear to be “terribly problematic”. The stock price tweet, while “troublesome on its face,” was one of many tweets by Musk over the past year, in which Tesla has seen tremendous growth, the judge added.

While describing his decision to keep the case on hold “a close call,” Slights also noted that he can’t issue an injunction based on mere apprehension or speculation about a defendant’s future conduct.

He warned, however, he could revisit his decision if Musk’s conduct results in “likely,” rather than “speculative” harm to shareholders.

“The decision will be clearer if more of a pattern emerges, especially an unchecked pattern .... At this point, though, what’s done is done,” he said.