Ford, General Motors and FCA factories have been idled for over a month. 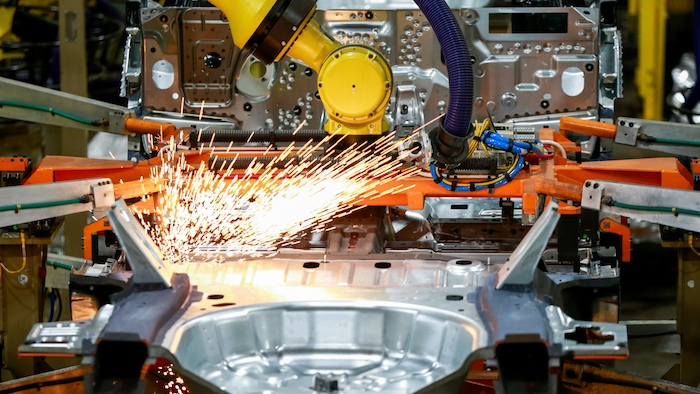 DETROIT (AP) — Fiat Chrysler is backing off a planned May 4 restart at its North American factories because some U.S. states still will have stay-home orders in place.

The move likely means that factories of all three Detroit automakers will be idled for at least another two weeks as they negotiate reopening terms with the United Auto Workers union.

“In light of the updated state stay in place orders, the company is re-evaluating its plans to resume its North American operations and will communicate new restart dates in due course,” FCA said Monday night in a statement.

Ford, General Motors and FCA factories have been idled for over a month due to fears of spreading the coronavirus.

In Michigan, where FCA has multiple factories, Gov. Gretchen Whitmer is taking a “hard look” at whether to let industrial sectors like manufacturing reopen in the next phase of loosening restrictions.

The Democratic governor also said she will ask the Republican-led Legislature to lengthen her emergency declaration by 28 days before it expires late Thursday.

Brian Rothenberg, a UAW spokesman, said the union hasn’t heard of any restart dates from the automakers. GM said it hasn't announced a start date, while Ford said a date hasn't been determined.

The companies have pledged to monitor workers’ temperatures, redesign work stations and stagger shifts to minimize contact with others, require masks, gloves and other protection equipment, and frequently sanitize factories in an effort to keep workers safe.

But the union wants companies to consider testing workers before they enter factories.

Detroit auto companies employ about 150,000 factory workers mainly in the industrial Midwest, but there are factories from New York to Tennessee and Texas.