The company said the joint-venture suffered from lackluster sales even before the virus crash. 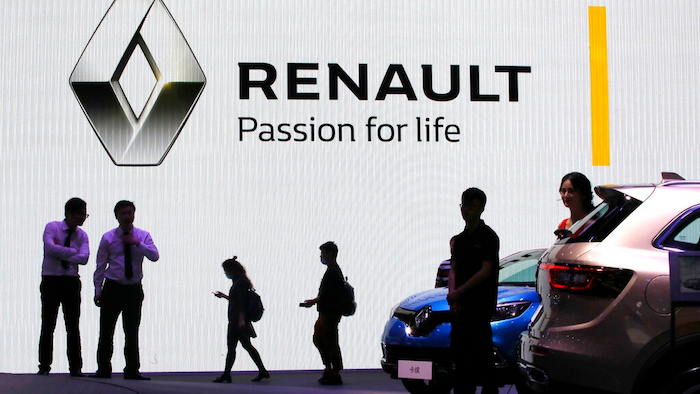 In this April 20, 2017, file photo, visitors walk past the Renault stand during the Auto Shanghai 2017 show in Shanghai, China. Renault SA said Tuesday, April 14, 2020, it will shut down its main China business and focus on electric and commercial vehicles.
AP Photo/Ng Han Guan, File

BEIJING (AP) — Renault SA said Tuesday it will shut down its main China business and focus on electric and commercial vehicles.

The French automaker’s 7-year-old joint venture with state-owned Dongfeng Motor Corp. already was suffering from lackluster sales before the outbreak of the coronavirus crushed Chinese demand.

China is the auto industry’s biggest global market but competition is intense and total sales have fallen since their 2017 peak.

First-quarter sales this year fell 45.4% to 2.9 million cars, SUVs and minivans after Beijing closed dealerships and told consumers to stay home to stop the virus’s spread.

Renault’s factory is in Wuhan, the central Chinese city where the outbreak began in December.

Renault plans to “maintain a long-term presence” in the Chinese markets for electric and commercial vehicles, a company statement said.

Electric development will be through two joint ventures including eGT New Energy Automotive Co., Ltd. with Nissan Motor Co. The two companies are part of a global alliance.

Renault says it is seeking billions in state-backed loans, cancelling its dividend for 2019 and its chairman is taking a pay cut, as the French automaker tries to weather the coronavirus crisis.

Daimler to Cut Costs by 20%

The goal is to increase profits by selling more luxury vehicles.
Oct 6th, 2020

All Polestar 2s Recalled After Some Shut Off While Driving

The bricked vehicles then need to be towed from their location.
Oct 6th, 2020
Follow Us
Most Recent