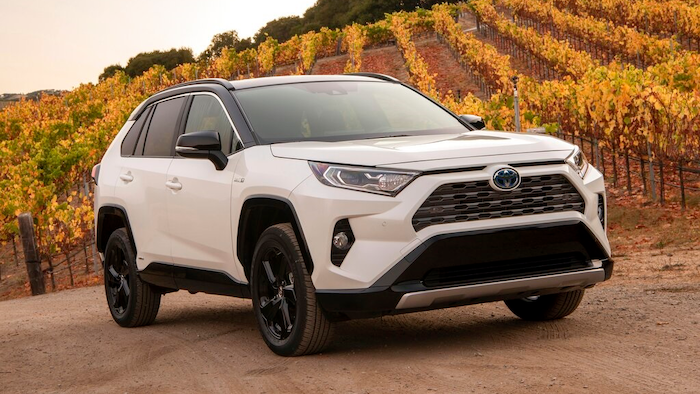 This undated photo provided by Toyota shows the 2020 RAV4 Hybrid, a compact SUV with an EPA-estimated 40 mpg in mixed driving.
Toyota Motor Sales USA via AP

Buying a hybrid in 2020 doesn't have the same cutting-edge feel that it used to back in the early 2000s. Today, all the hype surrounds the latest electric cars.

But do a little research and you'll find that hybrid vehicles are better than ever and provide impressive fuel economy with little to no compromise. As a bonus, many of the latest hybrids no longer take several years to "break even" in terms of cost versus fuel savings.

Here are five top-rated hybrids in a variety of styles, singled out by the experts at Edmunds, that quickly recoup their initial costs. All prices below include the destination charge.

Edmunds' top pick for hybrid cars is the Honda Insight, a small sedan that hits the efficient marks hybrid drivers want. Perhaps more importantly, it avoids the pitfalls they don't want. The Insight is not strange-looking, it isn't adorned with eco-conscious badges, and it isn't slow. It just works.

We especially like that the Insight combines its fuel economy with excellent value. In fact, in its Touring trim, the Insight has an MSRP that's $500 lower than the comparable Honda Civic on which it is based — and its EPA rating of 48 mpg in combined city/highway driving exceeds the Civic's 36 mpg.

Kia sells the Niro as a hybrid, a plug-in hybrid and a fully electric vehicle. At an MSRP of $24,535, the Niro hybrid is easily the most affordable of the three, and its EPA rating of 50 mpg combined is among the highest you'll find on the market. We also like the Niro's interior comfort and standard technology.

There's no gasoline-only version of the Niro, so making a comparison is a little tricky, but Kia's Sportage crossover SUV is a good stand-in. The two offer similar amounts of storage space, especially with the rear seats folded down. Go with the Niro and you'll pay $90 less than a comparable 2020 Sportage and get nearly double the fuel economy. The Sportage checks in with just 26 mpg combined.

The Ford Fusion Hybrid presents a familiar problem for hybrid shoppers — it costs a significant amount more than the gasoline-powered version, to the tune of several thousand dollars. But if you look to the top end, that isn't the case. While the standard Fusion Titanium has an MSRP of $35,445, the Fusion Hybrid Titanium costs $35,590 — an increase of just $145.

If you drive a lot of city miles, that difference will quickly become irrelevant. The Fusion Hybrid has an EPA rating of 43 mpg in the city, double the gas Fusion's rating of 21 mpg city. Over the course of owning the vehicle, it will deliver thousands in savings thanks to a low upfront cost.

You may be surprised to learn that Edmunds' experts like the RAV4 Hybrid more than the regular RAV4. It's more fun to drive and comes standard with all-wheel drive. Toyota even offers a sport-tuned version of the RAV4 Hybrid, the XSE trim, that has no gasoline equivalent. Most Hybrid trims cost just $850 more than a comparable standard RAV4 model.

The biggest advantage, of course, is enhanced fuel economy. The RAV4 Hybrid achieves an EPA rating of 40 mpg in mixed driving. Compare that with 28 mpg combined for the all-wheel drive gasoline versions.

It's a little harder to find a big SUV that doesn't hurt you at the pump. But the three-row Acura MDX Sport Hybrid has an EPA rating of 27 mpg combined, which is very good for a seven-passenger SUV with standard all-wheel drive. That's also up to 28% more fuel-efficient than a regular gasoline-only MDX.

At first glance, the MDX Sport Hybrid carries a steep $7,000 premium over the gas MDX. But when they're comparably equipped, the difference shrinks to only $1,500. It'll likely take a few years to recoup that cost on fuel savings, but in return, you'll use less gas and benefit from quicker acceleration than the regular MDX.

EDMUNDS SAYS: The relatively low cost of a hybrid powertrain can offer better return on investment compared with pricey and less convenient electric vehicles. Shoppers should weigh the upfront cost with potential long-term benefits and choose the vehicle that best fits their budget and lifestyle.