The Google affiliate plans to bring its vans and big rigs to New Mexico and Texas. 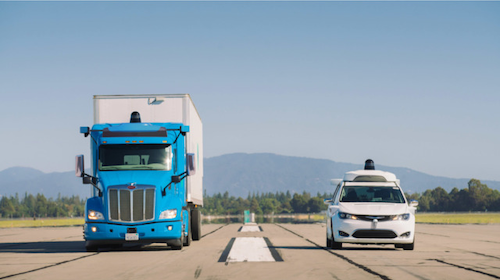 Google’s self-driving technology affiliate this week announced plans to significantly broaden its testing of autonomous vehicles in the western U.S.

Waymo, which has now tested its self-driving cars on roads for more than a decade, resumed testing of autonomous tractor-trailers in Arizona last year after a year-plus hiatus in the state.

On Thursday, the company said it would expand testing of long-haul trucks and its Chrysler Pacifica minivans to New Mexico and Texas.

The company intends to evaluate its systems in major highways and urban corridors, USA Today reported, including Houston, Dallas and El Paso and along Interstates 10, 20 and 45.

“These are interesting and promising commercial routes, and we’ll be using our vehicles to explore how the Waymo Driver might be able to create new transportation solutions,” the company said in a tweet.

Some industry observers expect long-haul trucking to embrace fully autonomous technologies before passenger cars due to their lengthy travels at relatively consistent speeds and, potentially, the ability of several trucks to autonomously follow a pilot vehicle.