Over 115 years the auto industry in the east German town of Zwickau has lived through wrenching upheavals including World War II and the collapse of communism. 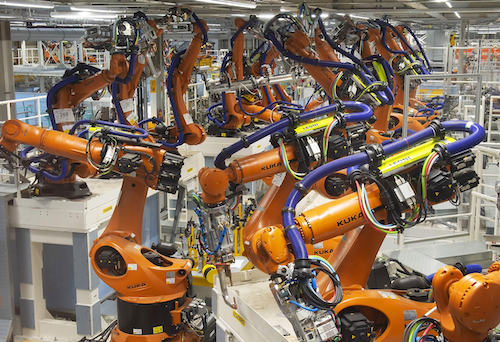 In this Tuesday, May 14, 2019 photo, robot arms stand at the assembly line during the reconstruction for the electrical car body construction at a press tour at the plant of the German manufacturer Volkswagen AG (VW) in Zwickau, Germany. Image credit: AP Photo/Jens Meyer

Over 115 years the auto industry in the east German town of Zwickau has lived through wrenching upheavals including World War II and the collapse of communism. Now the city's 90,000 people are plunging headlong into another era of change: top employer Volkswagen's total shift into electric cars at the local plant.

The world's largest carmaker is creating its first all-electric plant and phasing out production of the internal combustion-engine cars built by generations of local workers.

The electric transformation raises questions about the long-term prospects of the auto industry, which employs 840,000 people in Germany and millions worldwide, as a source of jobs for communities like Zwickau, which gave the world both the luxury brand Audi and the communist-era Trabant "people's car."

Fewer workers will likely be needed, with different skills. And there is no mass market yet for battery-only cars. Volkswagen's 1.2 billion euros ($1.35 billion) investment is taken as a sign of hope for the community. But the longer term trends for employment across the industry are less certain.

"We see dangers in this, but we see this really as a chance for Zwickau the manufacturing center to stand out," the town's mayor, Pia Findeiss, told The Associated Press.

Over her desk hangs an oil painting from the communist period in the 1980s that shows the belching smokestacks from two coke plants that used to foul the city's air. Like the region's coal mines and textiles, that was an industry that came and went as times changed.

Among the key concerns is that electric cars don't need engines and transmissions with thousands of metal parts that need to be assembled. Where an internal combustion engine has 2,000 to 3,000 metal parts, an electric drivetrain has 150 to 250 parts. And the batteries that power it are produced through far different processes that are easy to hand over to robots.

The Frauenhofer Institute for Industrial Engineering in Stuttgart estimates that 23,000 to 97,000 German jobs could go missing in power train production by 2030. While that's only a fraction of the 44 million employed in Germany, the losses are likely to be concentrated in certain communities and companies, including suppliers.

Engine parts maker UKM Fahrzeugteile, for example, does half of its business in classic drive trains. It says it's shifting its strategic focus toward trucks and motorcycles, as well as non-automotive fields like aviation.

"On a plant and regional basis, the effects can be serious," said Oliver Riedel, the institute's director. "Think about smaller businesses, for example, that are unable to make up for lost sales of components for internal combustion engines, or structurally weak regions where alternative employment is scarce."

At Zwickau, one assembly hall continues to turn out Volkswagen Golf hatchbacks with traditional engines, which help generate the profits to invest in developing electrics.

In a nearby hall, workers are preparing the future: they are setting up 350 massive orange robots that will turn out the ID 3, the affordable battery-driven car to be launched next year.

The plant's 8,000 workers are meanwhile being pushed through training in prefab classrooms. Some 1,500 will get special certification in how to deal with high voltage components, for instance.

Factory veteran Rainer Pilz, 59, is among those retraining the next generation of Volkswagen workers. While he retires next year, he has a personal stake in making Volkswagen's move a success as his son and daughter, in their 30s, also work at the company.

"We have the chance to build something completely new here," he says in a room where trainees don virtual reality goggles and learn to identify the correct electrical connector on an air conditioning compressor. "I think the future looks bright."

Zwickau's auto industry began in 1904, when August Horch founded a carmaker under his own name and then started Audi, now part of Volkswagen and headquartered in southern Germany. The manufacturers were taken over by the communist authorities after World War II and from the 1950s to the 1990s turned out the two-stroke, plastic-bodied Trabants. The exhaust-spewing Trabant passed into history after Germany was reunified in 1990, and so did the jobs making them.

But Volkswagen came in and invested heavily from 1990, turning out Golfs and Passats and keeping the region of Saxony in the auto game. Today there is a large network of suppliers and service providers connected to the industry; some 20,000 work for automakers in Saxony, and 75,000 at suppliers.

For now, Volkswagen has pledged no compulsory layoffs in Zwickau before 2025, under a deal struck with its powerful labor representatives. The company's electric pivot is part of its effort to leave behind the scandal in which the company admitted to cheating on diesel engine emissions tests.

European Union requirements to cut average carbon dioxide emissions from 2021, following on from the 2016 Paris climate agreement, are pushing automakers to quickly build and sell more battery-powered vehicles. Electric cars remain a tiny part of the market as higher prices and lack of places to charge put off consumers — only 1.6 percent in Germany, 1.2 percent in the United States.

Volkswagen is betting that by pricing the ID 3 at under 30,000 euros ($33,500) for the base version, it can make E-cars a mass phenomenon, taking aim at Tesla, which says it is now selling the long-promised $35,000 version of its compact Model 3.

From 2021, the Zwickau plant will have the capacity to turn out 330,000 cars a year across six models. The company touts the ID 3 as a worthy successor to the historic Beetle compact and to its current mass-market mainstay, the Golf.

In some ways the push into electric cars is already leading to some job cuts, analysts say, as companies seek to improve profits, without which they can't invest in new technology. General Motors will shut four U.S. factories and one in Canada. About 5,900 workers will lose their jobs, as well as another 8,000 white-collar workers. Ford said this week it will cut about 7,000 white-collar jobs. Volkswagen itself has said it will reduce administrative staff at headquarters by 5,000-7,000.

"It is reasonable to expect we will see some reduction in employment," said Sam Abduelsamid, an analyst at Navigant Research. 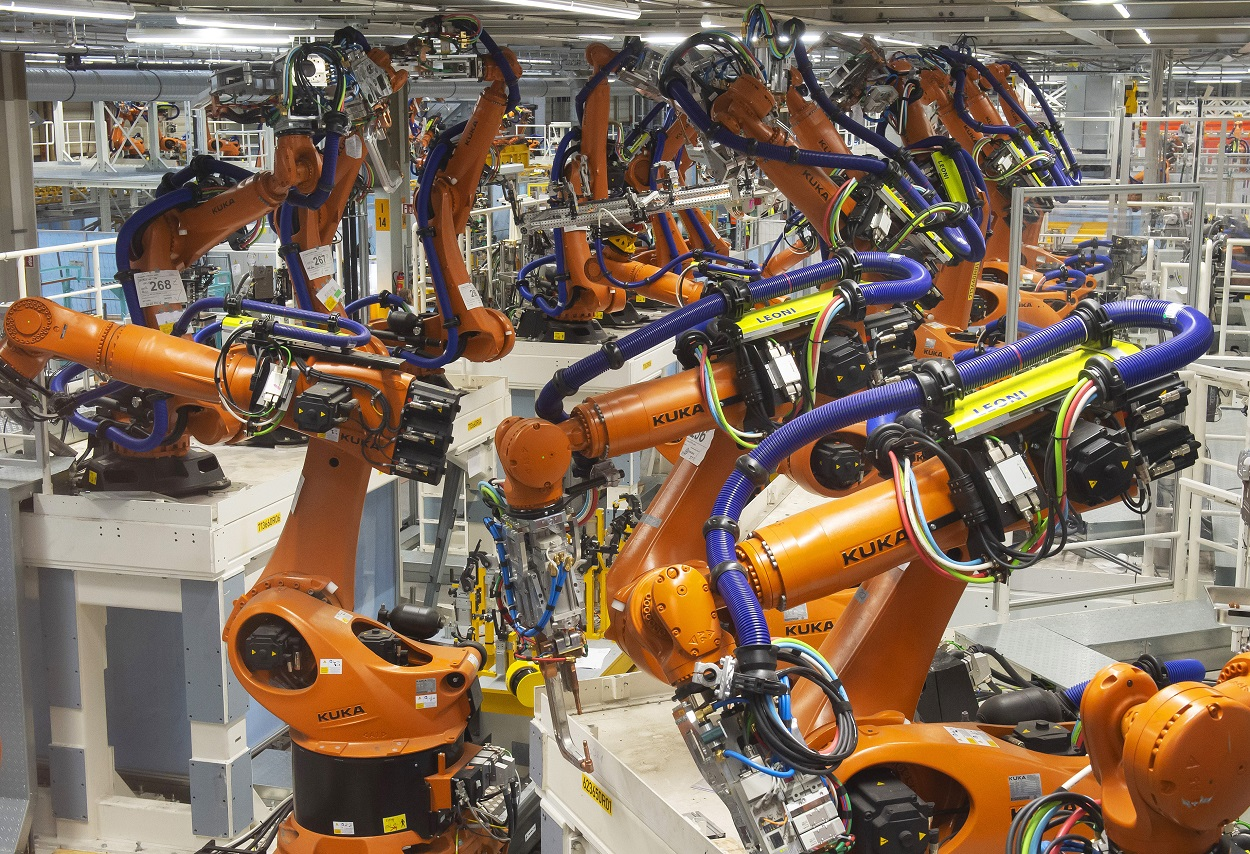 In this Tuesday, May 14, 2019 photo, robot arms stand at the assembly line during the reconstruction for the electrical car body construction at a press tour at the plant of the German manufacturer Volkswagen AG (VW) in Zwickau, Germany. Image credit: AP Photo/Jens Meyer
Latest in Automotive