Fiat Chrysler Sales Up In What Could Be A Record November

November used to be a slow month for U.S. car sales. Not anymore. 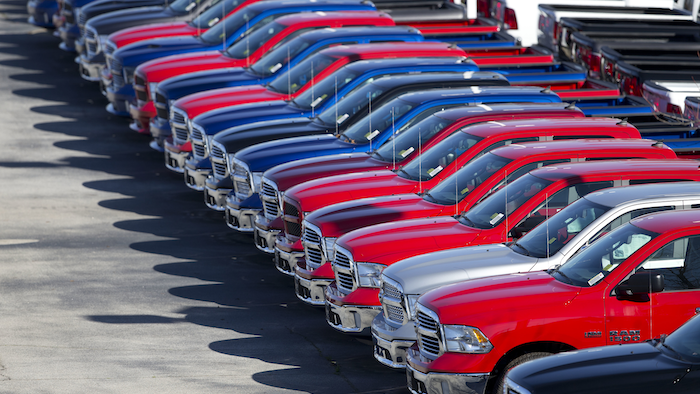 DETROIT (AP) — November used to be a slow month for U.S. car sales. Not anymore.

Fiat Chrysler's sales rose 3 percent to 175,974 vehicles, its best November result since 2000. Jeep sales — juiced by a zero-percent financing deal — jumped 20 percent for the month, making up for lower sales for FCA's Dodge, Chrysler and Fiat brands. Ram truck sales were up 1 percent.

November was a notoriously slow sales month until about five years ago, when car dealers joined other retailers in promoting Black Friday, according to Edmunds analyst Jessica Caldwell. Now, like Amazon, Wal-Mart and others, dealers started promoting "Black Friday" deals as early as Halloween. Jeep offered zero percent financing for up to 75 months. General Motors teased savings of up to 20 percent of for its Buick, Chevrolet and GMC brands. Hyundai offered an extra $500 on the Sonata sedan between Nov. 20 and Nov. 30.

"Last year, Thanksgiving weekend accounted for twice as many sales as any other weekend in November. We expect to see that trend continue this year," Caldwell said.

But deals are only part of the reason for this year's strong U.S. sales. Low gas prices, low interest rates, improving employment numbers and enticing new products are also driving consumers to dealerships in bigger numbers than expected.