The United Auto Workers union has approved a new four-year contract with Fiat Chrysler and now will turn its attention to bargaining with General Motors. 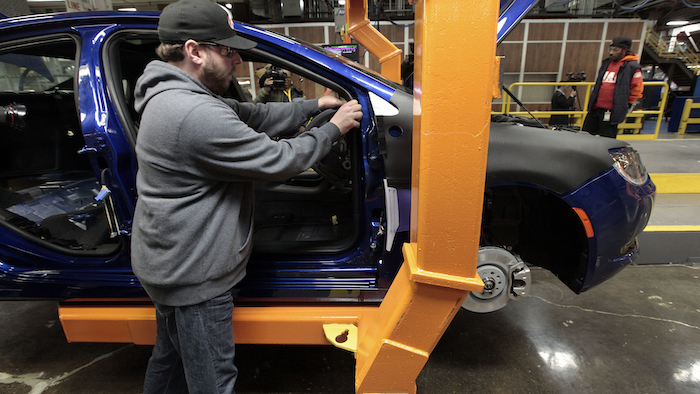 DETROIT (AP) — The United Auto Workers union has approved a new four-year contract with Fiat Chrysler and now will turn its attention to bargaining with General Motors.

It was the second time in a month that Fiat Chrysler workers voted on a contract. A previous deal was soundly rejected largely because it didn't eliminate a much-hated two-tiered pay system. The new agreement gives raises to all workers and eliminates the two tiers over eight years.

Fiat Chrysler said in a statement that it was pleased that the contract passed. UAW President Dennis Williams said the agreement boosts wages and gives members job security "while still allowing the company to competitively produce high quality vehicles."

The union will use the Fiat Chrysler deal as a template for talks with Ford Motor Co. and General Motors Co. The UAW will be bargaining with GM next, according to statement issued by the union Thursday afternoon.

Williams says Ford and GM make more money and should be able to pay more, a statement that conflicts with company goals of cutting labor costs to bring them more in line with foreign automakers with U.S. factories.

GM Chief Financial Officer Chuck Stevens conceded that its "operating circumstances" are different from Fiat Chrysler. He said GM is committed to keeping a 10 percent pretax profit margin in North America for a number of years, but he's confident it can still reach a deal with the union.

"We'll engage in a constructive way to come up with a contract that meets the needs of the business, the employees and all of the stakeholders," he said Wednesday after GM announced third-quarter earnings.

The new agreement with Fiat Chrysler gradually eliminates the tiered pay system that the union agreed to in 2007 when all three Detroit automakers were in financial trouble, bringing all U.S. factory workers to the same wage over eight years. But members have resented the varying pay, and the company's current CEO, Sergio Marchionne — who took over when Chrysler merged with Italian automaker Fiat in 2009 — has called the two-tier wages "unsustainable."