Mitsubishi Motors confirmed Friday that it plans to stop production at its only U.S. factory and sell the plant in central Illinois that has more than 1,200 workers. 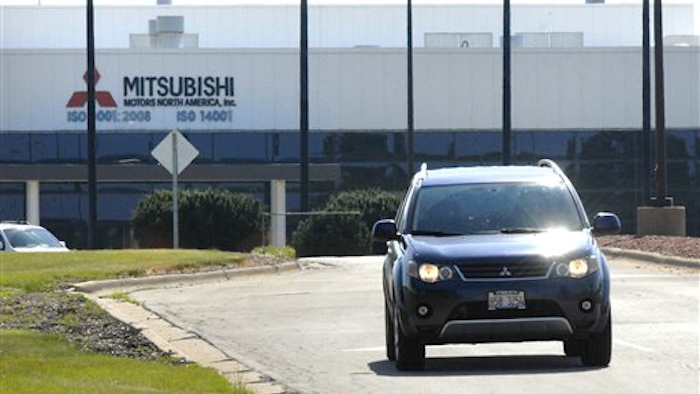 Mitsubishi Motors confirmed Friday that it plans to stop production at its only U.S. factory and sell the plant in central Illinois that has more than 1,200 workers.

The Japanese automaker reviewed its global supply chain and decided it was necessary to end production at the plant and find a buyer, said Dan Irvin, the company's North American spokesman. The announcement came after Japanese media reported the automaker had decided to end production in the U.S. to focus on Asian markets.

Irvin said Mitsubishi's board will soon make a formal decision on what will happen to the plant in Normal, Illinois, about 100 miles southwest of Chicago. Company officials hope to find a buyer that will maintain the factory's employment. The president of UAW Local 2488, Rod DeVary, said workers were told Friday that the plant will cease production on Nov. 30.

Japan's leading business newspaper, the Nikkei, reported that Mitsubishi would be the first major Japanese automaker to end production in both the U.S. and Europe. The company has built a plant in Thailand, bought one from Ford in the Philippines, and is building one in Indonesia.

Illinois state Sen. Bill Brady, whose district includes Normal, said he and other state officials were already working on a plan to find another manufacturer to buy the factory.

"We are going to do everything we can to make sure people know that Mitsubishi no longer needs the facility, but that this is a facility that has a very efficient, world-class workforce and a supplier network that's second to none," he said.

Brady also said he has talked to Mitsubishi officials have assured him that "Mitsubishi's effort to sell the plant "will not be about getting top dollar for the sale but about doing the right thing."

The plant is the only Japanese-owned auto factory with UAW representation. The union contract at the plant expires next month, with negotiations set to begin in earnest on Monday, said DeVary.

Both Brady and Normal Mayor Chris Koos stressed that Mitsubishi's decision was not about labor issues but because of dramatically falling sales. Brady said the hope now is that the closure of the plant, which had been not been used to capacity as sales fell, "may bring the opportunity to more fully use the capacity of the plant and bring more jobs."

State and local officials would not identify specific companies they plan to recruit, but said they would not limit their outreach efforts to automakers.

"We're confident that we will be able to attract a replacement company in relatively short order," Koos said.

One industry analyst said factors such as the location of the plant and its proximity to a network of suppliers for the Detroit automobile industry could make it attractive to another automaker. But Karl Brauer, a senior analyst for Kelley Blue Book, also said that given Mitsubishi's the financial straits over the past decade, he doubts the company has invested much in technology to bring the plant up to date.

Still, "it is a foundation, a footprint, and there is already a process in place to ship cars from (the plant) and components to it," he said, adding that another company might do as electronic car maker Tesla Motors did a few years ago when it retooled a shuttered plant in Fremont, California.

"They had to basically start from scratch and now it is a very vibrant plant," he said.