The hydrogen and fuel cell market is growing rapidly. According to the DOE’s Fuel Cell Technologies Market Report from 2014, the industry grew by almost $1 billion in 2014, and reached $2.2 billion in sales. 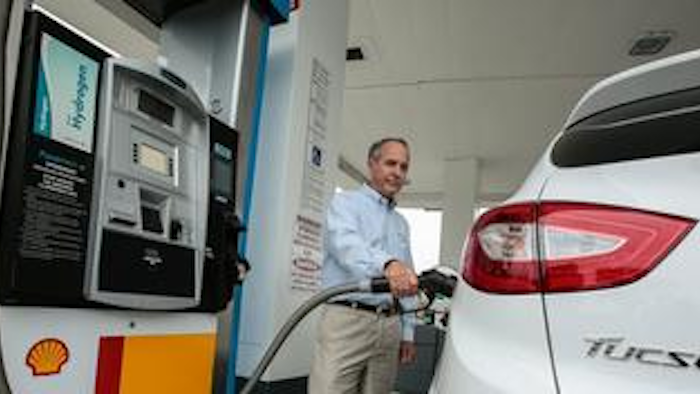 The United States Department of Energy (DOE) is investing more than $20 million into the development of fuel cell technologies in order to further grow an expanding market. On Oct. 9, it was announced that 10 projects received funding for fuel cell and hydrogen technology applications such as fuel cell electric vehicles.

“These projects announced today will continue to make advances in our rapidly-expanding portfolio of hydrogen and fuel cell technologies,” said Assistant Secretary for Energy Efficiency and Renewable Energy David Danielson. “Energy Department-supported projects have helped reduce the modeled cost of transportation fuel cells by 50 percent since 2006, and more than double durability and reduce the amount of platinum necessary by a factor of five.”

Along with this comes federal recognition of the first National Hydrogen and Fuel Cell Day, held on Oct. 8. The date was chosen to represent the atomic weight of hydrogen (1.008).

The hydrogen and fuel cell market is growing rapidly. According to the DOE’s Fuel Cell Technologies Market Report from 2014, the industry grew by almost $1 billion in 2014, and reached $2.2 billion in sales. More than 50,000 fuel cells were shipped worldwide in 2014.

The DOE hopes to see the United States use fuel cells and other alternate technologies to reduce its dependence on foreign oil and cut down carbon emissions.