According to the report filed with the California Department of Motor Vehicles, the self-driving Lexus RX450h had miscalculated the bus’s behavior. 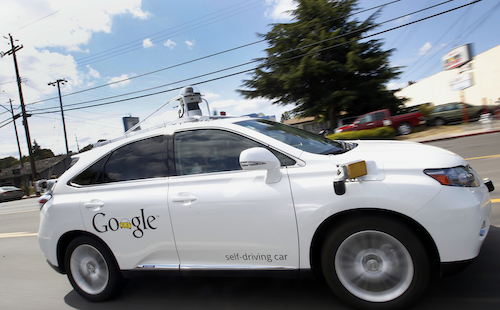 A self-driving Google car hit a municipal bus in Mountain View, Calif. on Feb. 14, the company announced in a Feb. 23 crash report. There were no injuries.

According to the report filed with the California Department of Motor Vehicles, the self-driving Lexus RX450h had miscalculated the bus’s behavior. The self-driving car was moving to the side within a wide lane in order to avoid sandbags placed in the lane. The car’s software based its movements on the prediction that the bus would slow down or otherwise allow the car to move nearby, and the test driver concurred enough to allow it to continue.

However, the Google car struck the side of the bus as it was reorienting itself in the center of the lane. The left front fender, front wheel, and a driver side sensor on the autonomous car were damaged.

Google cars have been involved in more than a dozen accidents since 2015, most of which were deemed the fault of other drivers in conventional vehicles. Autonomous car software must be able to make many sophisticated decisions over the course of a trip, including weighing the potential danger of an action – such as moving across a lane – or putting drivers or pedestrians in danger.

The autonomous cars seem to be becoming a more common sight in Mountain View, the location of one of Google’s offices. Last year, one of the self-driving cars was pulled over for driving too slow, and Google and the Mountain View Police reported that they were working on continually adapting policies for the self-driving technology.