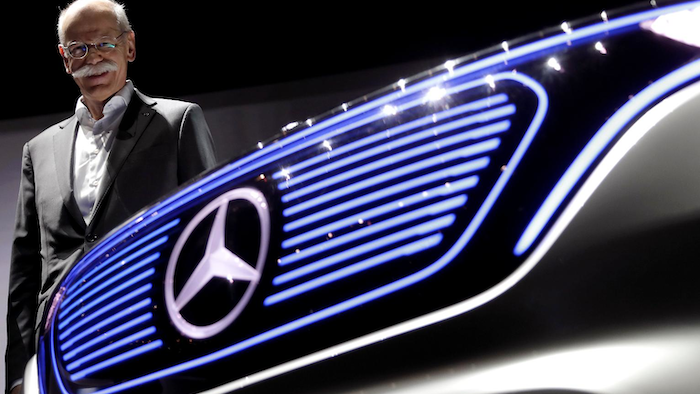 Minister Andreas Scheuer made the statement Monday after a meeting with Daimler CEO Dieter Zetsche. Scheuer said that Daimler was willing to work "with cooperative transparency" with the government and "at maximum speed."

Scheuer said the recall was ordered after "intensive and hours-long negotiations" with Daimler.

The affected vehicles include the Mercedes-Benz Vito delivery van and the Mercedes GLC 220d and C220d.

Europe-wide some 774,000 vehicles are affected, the ministry said. The ministry statement did not say whether those cars outside of Germany would be recalled.

Diesels have been under heavy scrutiny since U.S. authorities caught Volkswagen using illegal engine control software that turned off diesel emission controls in everyday driving. Subsequent investigations showed that other automakers had exploited European regulatory loopholes that allowed emissions controls to be relaxed at certain temperatures to avoid engine damage.

Daimler said in a statement only that it "confirmed the recall" and added that "open legal questions will be clarified in appeal proceedings." The company had earlier said that it contested the legal basis for the finding that the Vito's engine controls were disallowed.

Daimler has already announced a voluntary recall of some 3 million diesels to install a software fix intended to reduce emissions.

The Stuttgart-based automaker has said the U.S. Department of Justice has inquired about the company's emission certification processes, and that German prosecutors in Stuttgart are investigating Daimler employees on suspicion of fraud and criminal advertising. The company says it is cooperating with authorities.