The next German government will consider a proposal to identify diesel vehicles with low emissions using a visible label soon after it takes office. 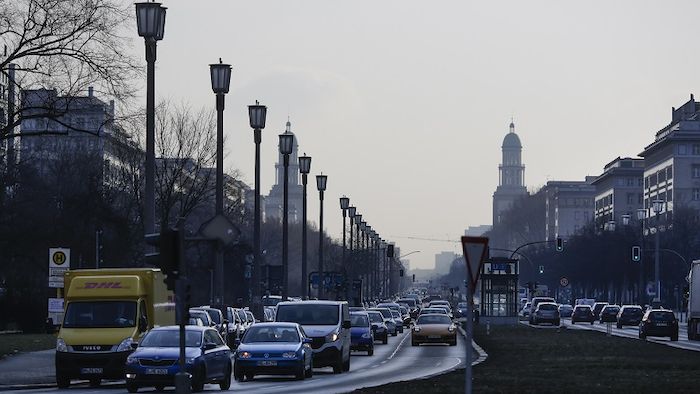 The next German government will consider a proposal to identify diesel vehicles with low emissions using a visible label soon after it takes office.

The question of how authorities can distinguish which cars emit high amounts of harmful nitrogen oxides was pushed to the fore by a German court decision Tuesday that said cities can impose driving bans on particularly dirty diesels.

Government spokesman Steffen Seibert said Wednesday the so-called blue badge system would be "taken up quickly" by the new Cabinet, which could assume office next month.

Cities have long called for such a labeling system but previous German governments have opposed it.

Environmental groups accuse the government of ignoring the air pollution problem for fear of angering millions of diesel car owners and the country's powerful auto lobby.