BMW Group said Friday it is talking with China's biggest SUV maker about a possible partnership to produce electric versions of its MINI as automakers ramp up electric development under pressure from Beijing to meet sales quotas. 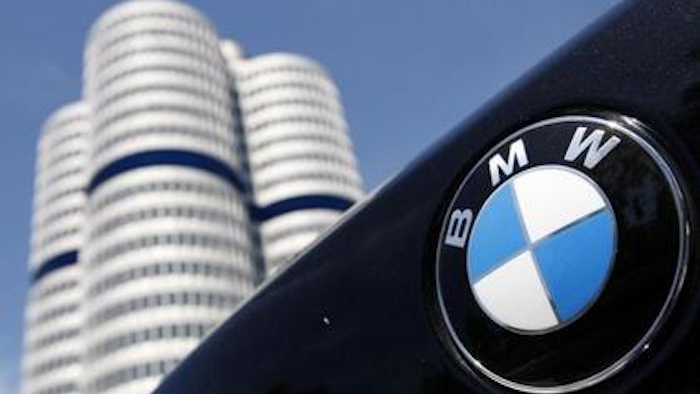 BMW Group said Friday it is talking with China's biggest SUV maker about a possible partnership to produce electric versions of its MINI as automakers ramp up electric development under pressure from Beijing to meet sales quotas.

BMW said it signed a letter of intent with Great Wall Motors Co., headquartered in Baoding, southwest of Beijing, and needs to work out a cooperation agreement and investment details.

Auto brands face pressure to meet quotas that require electric vehicles to make up at least 10 percent of sales starting next year. Later, they face pressure to raise that to meet increasingly demanding fuel efficiency standards.

Beijing is using access to its auto market, the world's largest, as leverage to induce global automakers to help Chinese brands develop battery and other electric vehicle technology. Foreign automakers that want to manufacture in China must do so through local partners, which requires them to hand over know-how or help potential Chinese competitors develop their own.

MINI's first battery electric model is due to be produced at its main British factory in Oxford in 2019, according to BMW.

"This signals a further clear commitment to the electrified future of the MINI brand," BMW said in a statement.

Sales of pure-electric passenger vehicles in China rose 82 percent last year to 468,000, according to an industry group, the China Association of Automobile Manufacturers. That was more than double the U.S. level of just under 200,000.

China is BMW's biggest market. The Munich-based automaker said about 560,000 BMW brand vehicles were delivered to Chinese customers in 2017, more than its next two markets — the United States and Germany — combined.

China was MINI's fourth-largest market in 2017, with 35,000 vehicles delivered, the company said.

An electrics venture with BMW would be a boost for Great Wall, which industry analysts have warned will struggle to satisfy Beijing's sales quotas and had yet to announce any significant electric plans.