The 26-foot vans are made by Chanje Energy can haul up to 6,000 pounds and travel around 100 miles on a fully charged battery. 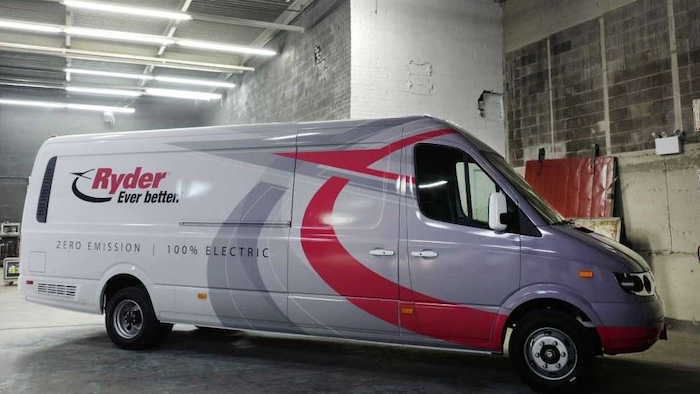 Ryder's order is one of the largest yet for all-electric trucks in the U.S., says David Alexander of the research firm Truck Technology Ltd.

The 26-foot vans are made by Chanje Energy Inc., a Los Angeles-based startup. They can haul up to 6,000 pounds and travel around 100 miles on a fully charged battery.

The first vans were delivered in New York Thursday. Ryder will start renting or leasing them to customers in California, Illinois and New York by the end of this year.

Pricing wasn't released, but Chanje says the vans' overall cost is comparable to diesels because they require less maintenance and no fuel. Customers will be able to charge the vehicles at Ryder facilities.

Here are more details on Chanje and electric trucks:

— CEO Bryan Hansel says Chanje has spent five years and $1 billion developing the van, which is built in China.

— Hansel says Chanje expects to sell "thousands" of vans next year, and plans to open a West Coast facility that would assemble vans for the U.S. market.

— The market for all-electric trucks is small but growing. Less than 10,000 will be sold globally this year, but sales could top 50,000 by 2025, says Navigant Research.

— Earlier this fall, UPS added three electric trucks made by Daimler to its U.S. fleet.