In three years as CEO, Fields began Ford's transition from a traditional automaker into a "mobility" company. 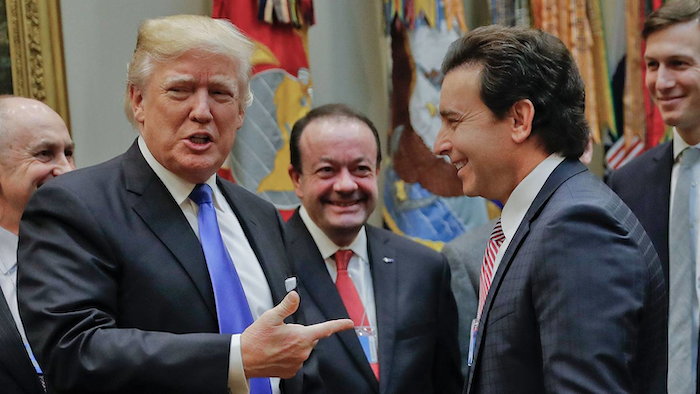 Ford is replacing CEO Mark Fields as it struggles to keep its traditional auto-manufacturing business running smoothly while remaking itself as a nimble, high-tech provider of new mobility services.

The 114-year-old automaker said Fields is retiring at age 56 after 28 years at the company. Fields will be replaced by Jim Hackett, who joined Ford's board in 2013. Hackett has led Ford's mobility unit since March of last year.

In three years as CEO, Fields began Ford's transition from a traditional automaker into a "mobility" company, laying out plans to build autonomous vehicles and explore new services such as ride-hailing and car-sharing. Under Fields, Ford achieved a record pretax profit of $10.8 billion in 2015 as SUV and truck sales soared in the U.S.

But there were rumblings that Fields wasn't focused enough on Ford's core business, as popular products like the Fusion sedan grew dated and Ford lagged behind rivals in bringing long-range electric cars to the market. The stock price sagged, and electric car maker Tesla Inc. even passed Ford in market value. Ford's stock price has fallen almost 40 percent since Fields became CEO in July 2014.

Hackett is the former CEO of Steelcase Inc., one of the world's largest office furniture companies. He is credited with transforming that company, in part by predicting the shift away from cubicles and into open office plans. But he first had to cut thousands of jobs and moved furniture production from the U.S. to Mexico to stem massive losses at the company.

Ford Motor Co. Executive Chairman Bill Ford said in an interview that Hackett is the right person to lead Ford as it expands into new business areas, like making self-driving shuttles, because he's a "visionary" who knows how to remake a business. Car companies are facing increasing competition from Google, Uber and others as they try to plot their next moves.

"These are really unparalleled times, and it really requires transformational leadership during these times," Bill Ford said.

Hackett also served as the interim athletic director at the University of Michigan from 2014 to 2016. In that role, he lured star football coach Jim Harbaugh.

Bill Ford insisted that Fields wasn't fired. He called Fields "an outstanding leader" who orchestrated the company's turnaround a decade ago when he was head of Ford's Americas division.

"He and I sat down Friday and really decided this was the right time for him to go and for us to have new leadership," Bill Ford said. "People can speculate all they want about that. But the fact is, he is (retiring), and I feel we've got a great leader in Jim."

But investors worried about Ford's sliding U.S. market share and product decisions. Ford's U.S. sales are down this year in part because it doesn't have offerings in popular segments like subcompact SUVs and midsize pickups. Ford continues to make small cars even though they're unprofitable and not in demand as buyers around the world gravitate to SUVs. And Ford hasn't kept up with rivals in the electric car market. General Motors' Chevrolet Bolt electric car, with 238 miles of range, went on sale last year; Ford is working on an electric SUV with 300 miles of range, but it's not due out until 2020. 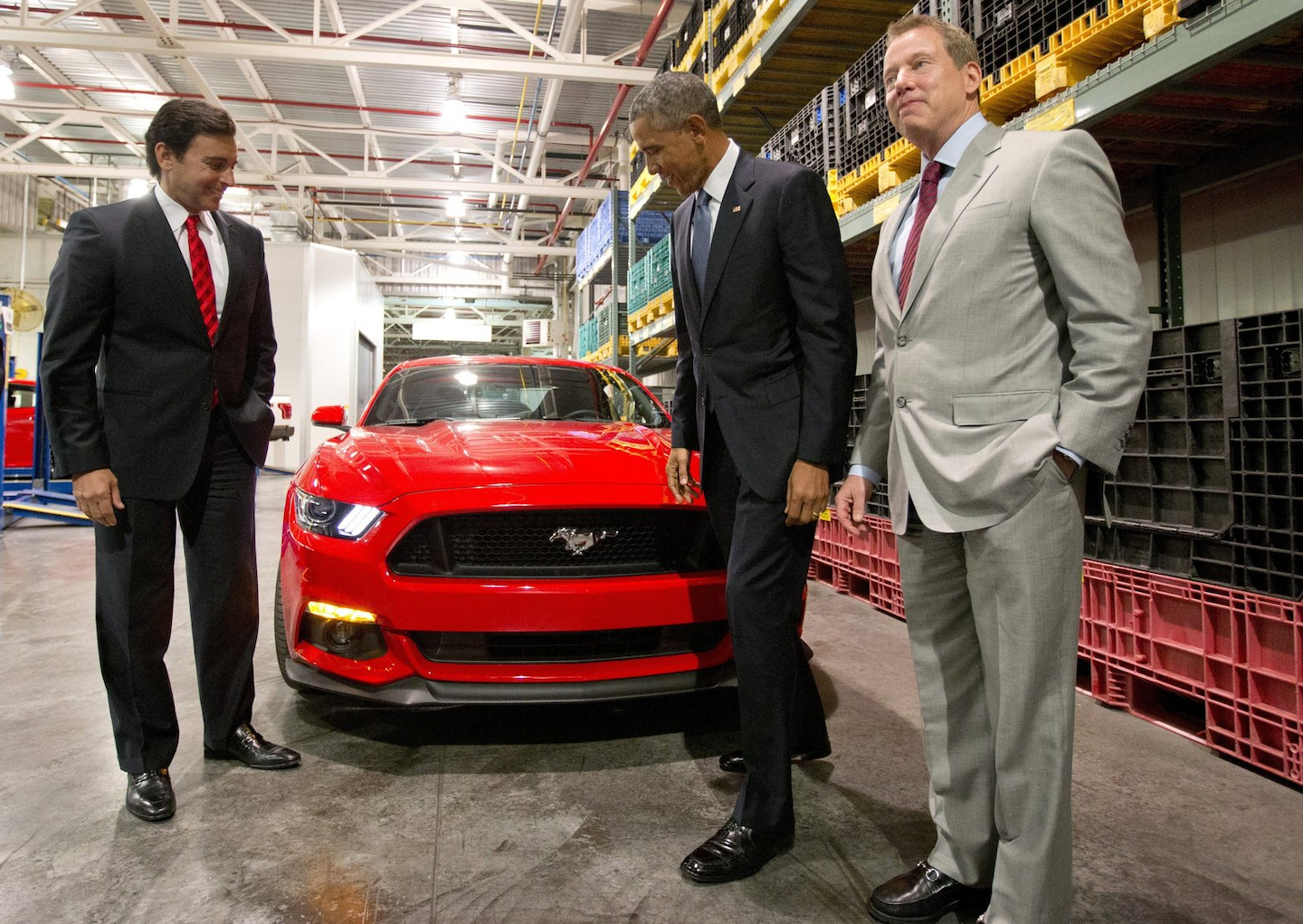 In this Jan. 7, 2015 file photo, President and CEO of Ford, Mark Fields, from left, President Barack Obama, and Bill Ford look at a new Mustang at Ford Michigan Assembly Plant in Wayne, Mich. Ford is replacing its CEO amid questions about its current performance and future strategy, a person familiar with the situation has said. Fields will be replaced by Jim Hackett, who joined Ford's board in 2013. (AP Photo/Carolyn Kaster, File)

Meanwhile, Mary Barra — who became GM's CEO about six months before Fields became Ford's — has made a series of headline-grabbing moves, such as forming a partnership with the ride-hailing company Lyft and pulling GM out of unprofitable markets, including Europe, India and South Africa. Still, GM faces unhappy investors of its own with its stock slightly below the $33 initial public offering price from November 2010.

Ford also made investments in new mobility companies and announced it would have a self-driving shuttle on the road by 2021, but its efforts haven't swayed investors.

Hackett is confident he can placate Wall Street.

"The way that that gets fixed is the nature of the innovation and the ideas making their way into the market," Hackett said. "It even sounds a little corny but the stock price is a consequence of the actions we're going to take to make the company more fit, more profitable and a more fun place to work."

Fields also had the tough job of following CEO Alan Mulally, another auto industry outsider who was hired away from Boeing to lead Ford. Mulally, who joined Ford in 2006 when it was near bankruptcy, was widely credited with ending internal bickering at Ford and streamlining manufacturing.

Hackett said he wants Ford to make decisions faster, and will put a smaller group of top executives at the table to make sure that can happen.

"That frees teams of people that are below the top executives to really fly," Hackett said.

As part of the shake-up, several Ford executives are taking on new roles as of June 1. Jim Farley, who led the company's European division back to profitability in recent years, will become vice president of global markets and will oversee Lincoln, sales and marketing. Joe Hinrichs, president of Ford's Americas division, will oversee global product development, manufacturing and quality. Marcy Klevorn, Ford's chief technical officer, will replace Hackett as the head of Ford Smart Mobility LLC, Ford's future mobility unit.