Ford Says It Will Have Fully Autonomous Cars By 2021

Ford Motor Co. intends to have a fully driverless vehicle — no steering wheel, no pedals — on the road within five years. 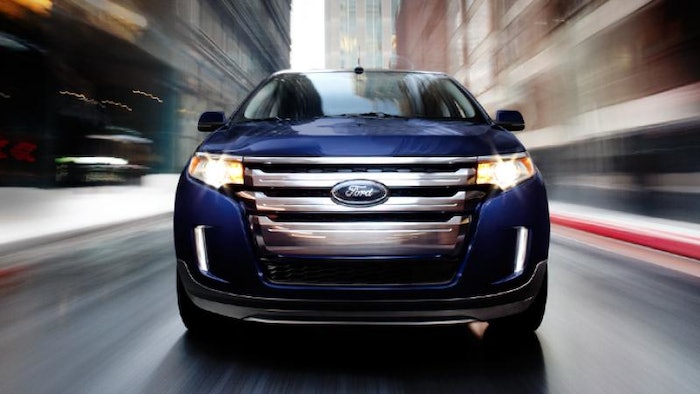 Ford Motor Co. intends to have a fully driverless vehicle — no steering wheel, no pedals — on the road within five years. The car will initially be used for commercial ride-hailing or ride-sharing services, with sales to consumers coming later.

Ford's approach to the autonomous car breaks from many other companies, like Mercedes-Benz and Tesla Motors, which plan to gradually add self-driving capability to traditional cars. Just last month, BMW AG, Intel Corp. and the automotive camera maker Mobileye announced a plan to put an autonomous vehicle with a steering wheel on the road by 2021.

Instead, Ford is taking the same approach as Alphabet Inc.'s Google, which supports moving directly to self-driving cars once the technology is perfected.

"We abandoned the stepping-stone approach of driver-assist technologies and decided we were going to take the full leap," said Raj Nair, Ford's chief technical officer.

Nair says Ford will continue developing systems that assist the driver, like automatic emergency braking or lane departure warning. But he said semi-autonomous systems that can operate the car but then cede control back to the driver when an obstacle is encountered are actually dangerous in Ford's view. Engineers couldn't figure out how to make sure drivers stay engaged and ready to take over. So, Ford decided to remove the driver altogether.

"We learned that to achieve full autonomy, we have to take a completely different path," Nair said.

Jeremy Carlson, a senior analyst with IHS Automotive, says he doesn't know of another automaker that is taking Ford's approach. But there are challenges either way, he said. Riders may have a hard time trusting fully autonomous cars, for example, but semi-autonomous cars can be dangerous because drivers may not understand what the vehicles can and cannot do.

"I don't think there's going to be any one right answer," he said.

"When you do it in steps, you get to make tweaks along the way. When you go all or bust, it's like going 'all in' in Vegas," Blake said.

Ford's vehicle will be specifically designed for commercial mobility services, like taxi companies, and will be available in high volumes. Ford says personal ownership of self-driving cars will come later.

Ford didn't say whether it would work with a ride-sharing partner or try to establish services on its own. Rival General Motors Co. has a partnership with the ride-hailing company Lyft and has also bought a self-driving software company called Cruise Automation.

Dearborn, Michigan-based Ford also said it plans to double the staff at its Palo Alto research center by the end of next year to nearly 300 people. It will buy two more buildings next to its current building in order to expand its campus, Fields said.

Ford will also make several investments and partnerships to speed its development of autonomous vehicles.

Ford and Chinese search engine company Baidu will each invest $75 million in Velodyne, a company that makes laser sensors that help guide self-driving cars. Velodyne, based in Morgan Hill, California, says it will use the $150 million investment to expand design and production and reduce the cost of its sensors. Laser sensors — dubbed Lidar, which stands for light, detection and ranging — can also be used in conventional vehicles as part of driver assist systems.

Ford said it has acquired Israel-based computer vision and machine learning company SAIPS for its expertise in artificial intelligence and computer vision. It also invested in Berkeley, California-based Civil Maps for its three-dimensional mapping capabilities.

Ford has also formed a partnership with New York-based Nirenberg Neuroscience LLC, a machine vision company that has developed devices for restoring sight to patients with degenerative eye diseases.