Nissan Keeps Self-Driving Simple And Not Quite Autonomous

Nissan is planning autonomous driving for regular city roads by 2020. 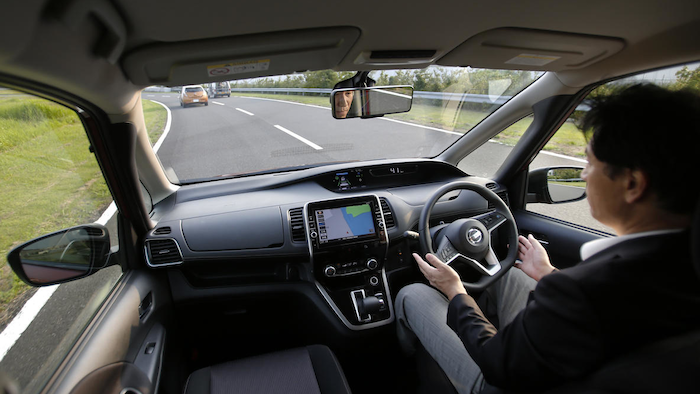 Self-driving cars may be all the rage, but when it's a real product, coming soon from Japanese automaker Nissan Motor Co., the technology gets toned down. And so don't expect to the driver to disappear for years to come.

The Serena minivan equipped with ProPilot technology relies on a single camera in the back of the driver's rearview mirror. The car can then follow the vehicle ahead, maintaining a safe distance that the driver sets.

It also recognizes lanes so it won't swerve off. If the car it is following moves to another lane, it's smart enough to find the next car ahead of it and start following that one. And it keeps going on a freeway at a set speed.

ProPilot is designed to ease stress on stop-and-go congested roads common in Japan, as well as long drives on uncongested roads, like the interstate highways in the U.S., when a driver might tire and get sleepy. 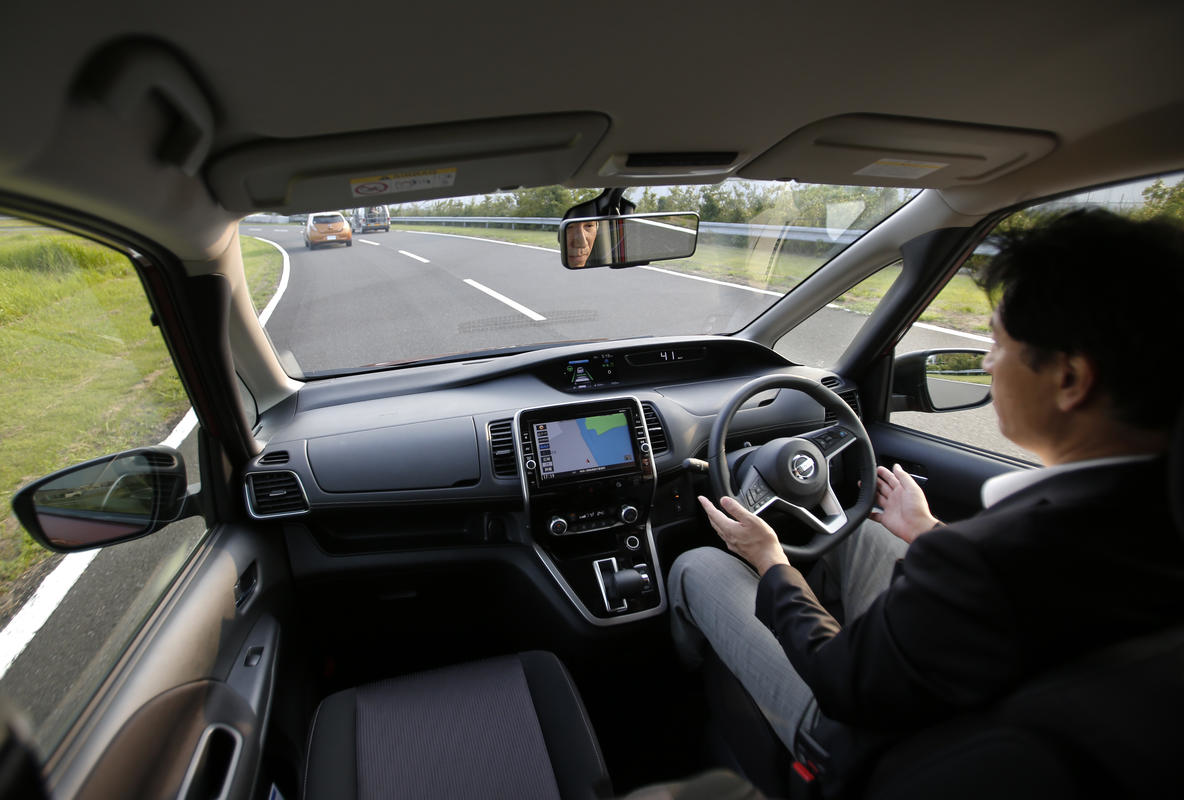 Nissan said Wednesday the minivan goes on sale in Japan next month. The automaker promised similar technology later in China, the U.S. and in the Qashqai sport-utility vehicle in Europe. Specific models weren't disclosed for China and the U.S.

But ProPilot is designed only to help drivers. They must keep their hands on the steering wheel, and an alarm goes off if a sensor on the wheel detects no-hands driving.

ProPilot is smarter and a bit more glamorous than cruise control, already in many vehicles, but for all its help, if you slam on the gas pedal, it cannot stop you from crashing into the car you are trailing.

"The driver must assume full responsibility," said Nissan Motor Co. Deputy General Manager Atsushi Iwaki, a member of ProPilot's development team. "It is best to limit the function to helping the driver."

That approach comes as there are still many concerns about safety for self-driving cars. Last month, a Tesla Model S was operating in semi-autonomous Autopilot mode when it failed to detect a tractor trailer passing in front of it, crashed and killed the driver. 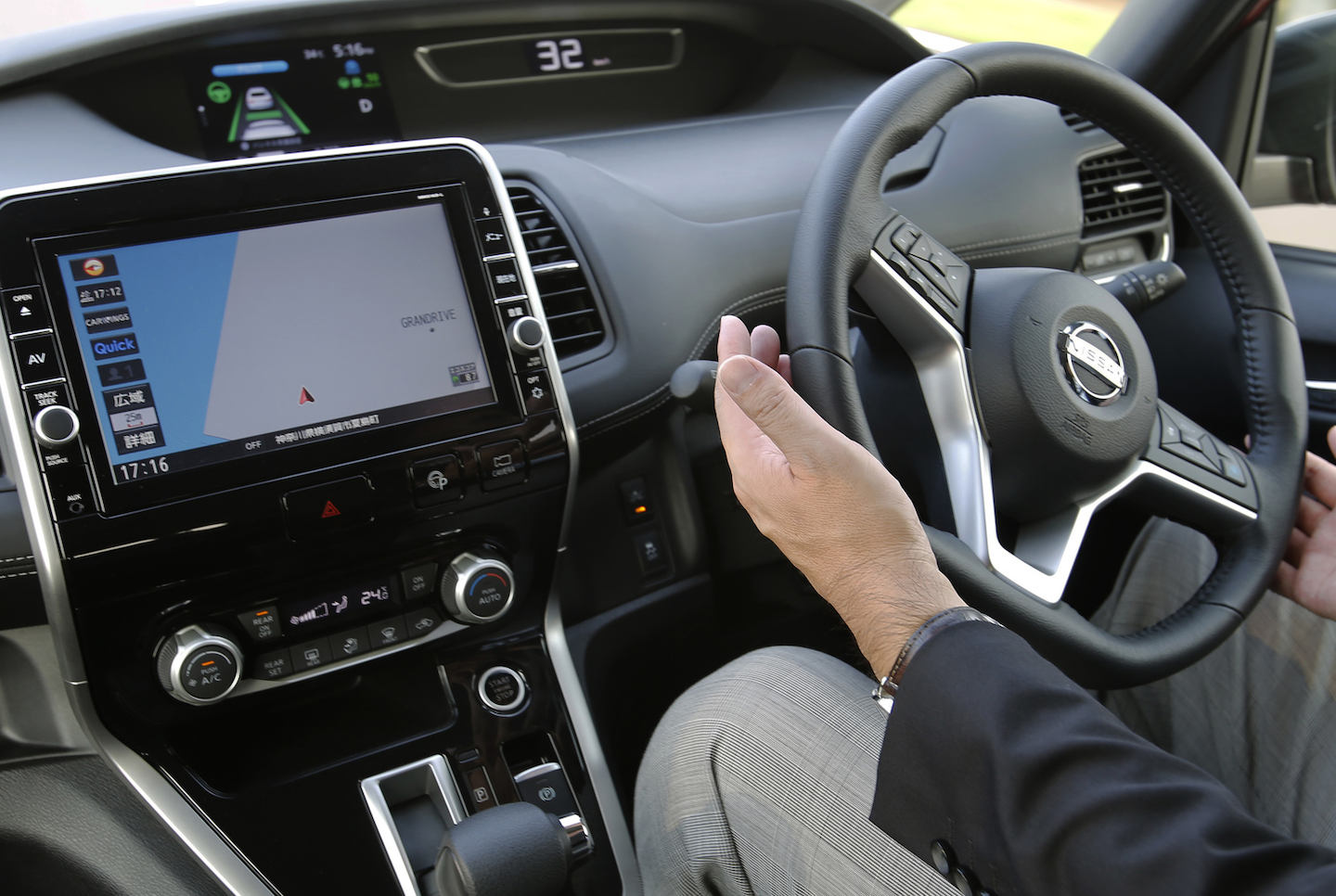 But autonomous capabilities are definitely the way of the future, expected to be in millions of cars in the next decade or two.

"The technology is quite viable, but it isn't ready for consumer use yet," said Karl Brauer, senior analyst for Kelley Blue Book. "Living that reality at a widespread and affordable level is still years away."

Brauer said the challenges to autonomous capabilities include dealing with bad weather, which may trouble sensors, as well as making sure pedestrians and cyclists are properly detected. Some confusion that comes from not knowing when the car is driving or when you are driving can lead to accidents, he said.

Nissan, based in Yokohama, is planning autonomous driving for regular city roads by 2020. ProPilot is limited to dealing with the lane the vehicle is in, and on freeways.

Some types of limited autonomous car systems are already available on the market in luxury brands. Nissan is keeping ProPilot simple to just one camera to keep the price of the vehicle down at below 3 million yen ($29,000). Other price details were not disclosed.