Industry officials are concerned about the potential impact of the forthcoming regulations. 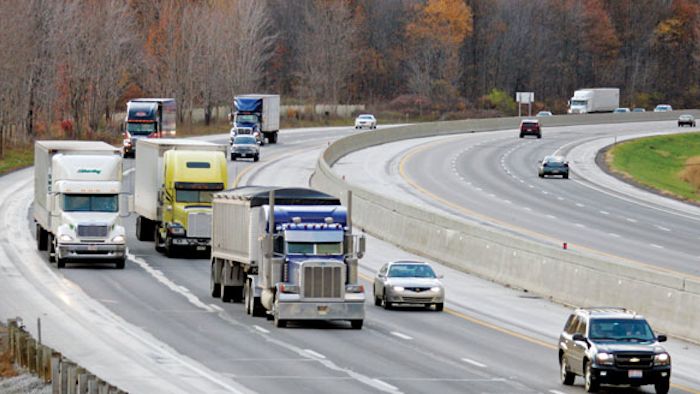 Industry officials, however, say they're concerned about the potential impact of the forthcoming regulations.

The New York Times reported over the weekend that the Environmental Protection Agency this week plans to announce new steps to curb greenhouse gas emissions from heavy-duty trucks, a category that includes most vehicles larger than a pickup.

Citing people familiar with the matter, the Times reported that the proposal will require those trucks to boost their fuel efficiency from a 2010 average of 5 to 6 miles per gallon of diesel to 9 miles per gallon by 2027 — an improvement of about 40 percent.

The administration already proposed a number of efforts to curb carbon emissions; limits on power plants are expected later this summer. But environmental advocates said that without emissions improvements, the trucking industry could also become a bad actor.

The EPA said trucks account for about 25 percent of all vehicle emissions despite comprising only 4 percent of U.S. traffic.

Still, trucking industries are skeptical about the regulations, which the report said could add more than $12,000 to the cost of a new tractor-trailer.

“I’ll put it this way: We told them what we can do, but they haven’t told us what they plan to do,” Volvo Group North America lobbyist Tony Greszler told the Times. “We have concerns with how this will play out.”

The EPA countered that the additional cost would be negated by fuel savings within 18 months.

“Fuel is either at the top or near the top of truck operators’ costs,” said EPA transportation and air quality chief Christopher Grundler.