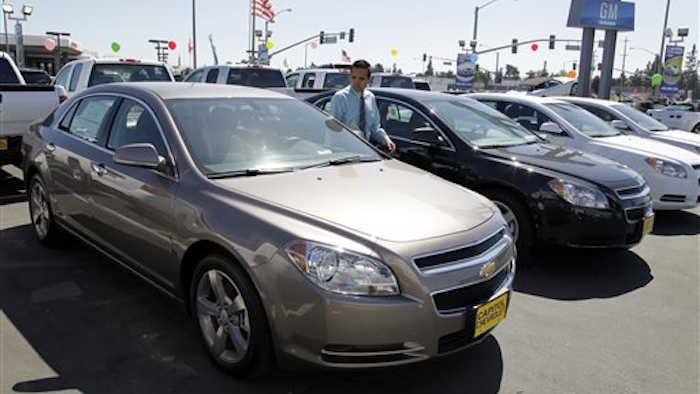 The Malibu recall covers cars from the 2011 and 2012 model years mainly in the U.S., Canada and Mexico. The cables can weaken and break as people move in the seats, causing the seat belts to fail.

GM says it knows of no crashes but one minor injury due to the problem. There have been 36 warranty claims.

Dealers will replace a mounting bracket and inspect the cable and replace it if needed.

The pickup recall covers 2015 models in the U.S. and Canada. Dealers will inspect seats for proper installation and make sure the seat frame hooks are properly attached to the body.

GM says it knows of no crashes or injuries because of the problem.