The National Highway Traffic Safety Administration says it has opened two new investigations into Chrysler over complaints that the ignition key could shut the engine off and cause air bags not to deploy in a crash. 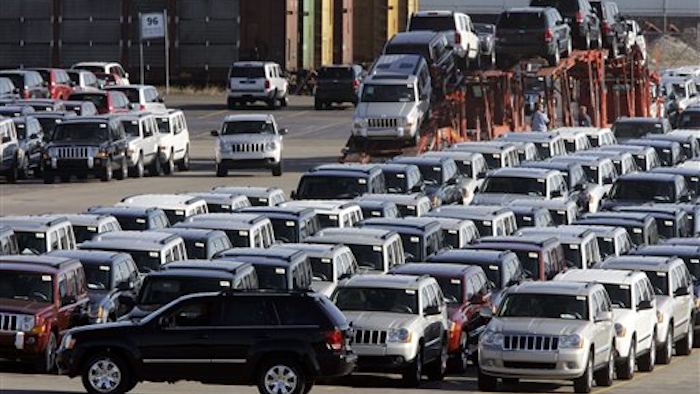 NEW YORK (AP) -- The National Highway Traffic Safety Administration said Wednesday it has opened two new investigations into Chrysler over complaints that the ignition key could shut the engine off involuntarily and may cause air bags not to deploy in a crash.

NHTSA said it has received at least 32 complaints from Chrysler drivers who reported that the ignition switch of their 2006-2007 Jeep Commander and 2005-2006 Jeep Grand Cherokee vehicles turned off after they accidentally hit it with their knees.

The second investigation is related to Chrysler's 2011 voluntary recall of 2010 Dodge Journey, Grand Caravan and Chrysler Town & Country vehicles for a similar issue. Some owners said they still had the problem even after the recall fix was made. NHTSA said it also received complaints from owners of 2008-2009 models who said they may have the same ignition switch problem as the 2010 models.

NHTSA said there have been no reports of injuries or deaths related to the Chrysler investigation.

In a statement, Chrysler of Auburn Hills, Michigan, said it is awaiting more information from NHTSA and "is prepared to cooperate fully with the investigation."