The New Jersey Assembly unanimously approved a bill that would allow zero-emission carmakers to sell directly to consumers in that state. 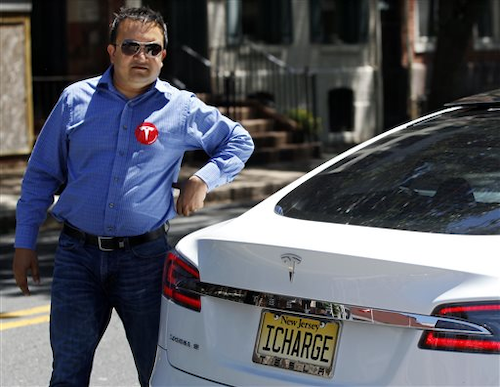 TRENTON, N.J. (AP) -- The New Jersey Assembly unanimously approved a bill that would allow zero-emission carmakers to sell directly to consumers in that state.

The bill backed by environmental and business advocates would allow Tesla to resume sales in New Jersey.

It was approved Monday, and must now go before the state Senate, where its fate is unknown.

Pressure has begun to build, however, for a reformatting of those regulations.

This week, environmental and business advocates rallied in front of the Statehouse to call on legislators to pass the bill, saying it would create jobs.

To counter fears that the entry of Tesla and direct-sale automakers into the market, the state's Assembly passed a measure that would give them a better deal in their arrangements with manufacturers.