Check out some of this week's top headlines from across Manufacturing.net, from Independence LED Lighting making lights in America to Heinz and Ford teaming up to make auto parts from tomato skins. 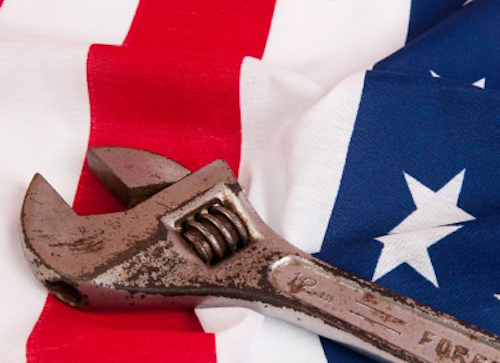 Check out some of this week's top headlines from across Manufacturing.net, from Independence LED Lighting making lights in America to Heinz and Ford teaming up to make auto parts from tomato skins.

The Wal-Mart truck involved in the accident that injured comedian Tracy Morgan and killed another passenger in his limo bus had a system designed to slow the truck's speed and notify the driver of stopped traffic ahead, a Wal-Mart spokeswoman said Monday.

The company has been putting the safety systems — which include forward-looking radar and interactive cruise control — on its trucks since 2010. It was unclear whether that system was working at the time of the crash early Saturday in New Jersey.

Wal-Mart spokeswoman Brooke Buchanan confirmed that the driver of the truck involved in the accident, Kevin Roper, was a company driver and not a contract employee. Continue reading...

Why Making Lights In America ‘Is Not Just An Option’

Lighting in America is big business. Not just in the scope of money invested toward new illumination, but also in the sheer volume of electricity required to keep the lights on.

In 2012, the U.S. Energy Information Administration estimates that the U.S. used 461 billion kilowatt-hours (kWh) of electricity to keep the lights on in the residential and commercial sectors — equivalent to 12 percent of total U.S. electricity consumption. Industrial facilities consumed another 52 billion kWh, accounting for 1.3 percent of that same total. These numbers aren’t inconsequential — manufacturers and commercial buildings have relied on lighting retrofits for years in order to reduce the consumption of electricity while providing a near-guaranteed return on investment. Continue reading...

PEORIA, Ill. (AP) -- Caterpillar Inc. has announced plans to close three production facilities in Illinois and move the work to a plant in Michigan's Upper Peninsula.

The Journal Star in Peoria reports (http://bit.ly/1uvJiXE) the plants being closed in Sterling and Dixon are all Anchor Coupling facilities, which is a subsidiary of Caterpillar. Hydraulic hose assemblies for both Caterpillar and other equipment manufacturers are made the plants. The closings will affect about 170 jobs. Continue reading...

California and Texas are among a handful of states fighting for the planned battery plant, which will represent a $5 billion investment from the California-based car company and its partners. Continue reading...

PITTSBURGH (AP) -- Ford Motor Co. and the H.J. Heinz Co., the Pittsburgh-based ketchup maker are teaming up on research to turn tomato skins into auto parts.

According to a joint news release, scientists at both companies believe they can use tomato fibers to manufacture composite materials used for wiring brackets, or storage bins in cars instead of petroleum-based plastics.

Ford says it began working with Heinz, The Coca-Cola Company, Nike Inc. and Procter & Gamble to speed up attempts to create a "a 100 percent plant-based plastic to be used to make everything from fabric to packaging." Continue reading...