Two House Democrats are beginning their own inquiry into whether Tennessee state officials may have violated "or otherwise run afoul of" federal law by their alleged conduct ahead of a vote by workers at a Volkswagen factory in Chattanooga, Tenn. 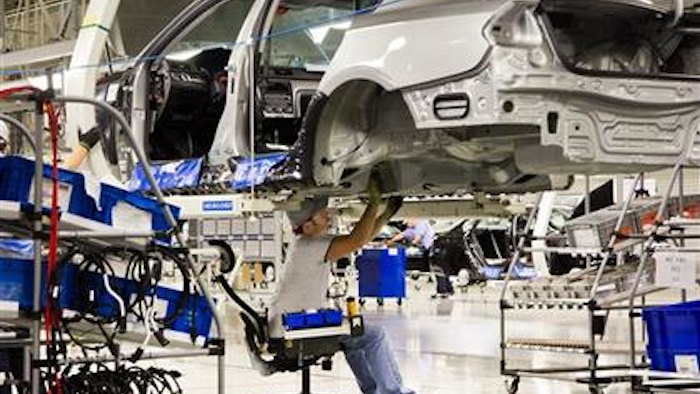 WASHINGTON (AP) -- Two House Democrats said Wednesday they are beginning their own inquiry into whether Tennessee state officials may have violated "or otherwise run afoul of" federal law by their alleged conduct ahead of a vote by workers at a Volkswagen factory in Chattanooga, Tenn., that rejected a bid to be represented by the United Auto Workers union.

They sent a joint letter to Tennessee Gov. Bill Haslam seeking more information on activities by state officials ahead of the 712-626 vote against the UAW in February.

"Recent reports suggest that the interference on the part of state officials may be even more troubling that we originally thought," said the letter by Reps. George Miller, D-Calif., and John Tierney, D-Mass. Miller is the senior Democrat on the GOP-led House Education and the Workforce Committee. Tierney is the senior Democrat on the Health, Education, Labor and Pensions subcommittee of that committee.

In a news release, the two lawmakers said they wanted more information on "whether any Tennessee state officials conditioned, or threatened to condition, state aid to Volkswagen on the outcome of workers' efforts to establish a union and/or a works council at the Chattanooga plant."

"Recently released documents suggest that Tennessee state officials made the availability of state aid for expanding the Volkswagen plant — a mix of cash grants and tax incentives — contingent upon the workers' decision not to seek union representation. Such state-level conditioning may interfere with employees' rights to organize and collectively bargain, as guaranteed under the National Labor Relations Act," they wrote.

The union claims the election was tainted by threats and intimidation from Republicans including U.S. Sen. Bob Corker, R-Tenn., and state lawmakers. Corker and others have denied doing anything inappropriate.

The UAW has filed a challenge with the National Labor Relations Board seeking to have results voided and a new election to be held. A hearing on that challenge is set for Monday in Chattanooga.

The appeal cited warnings from GOP lawmakers that a pro-union vote would endanger key state incentives to secure the new line at the plant, and Corker's statements that a vote against the union would be followed in short order by a Volkswagen announcement that it would expand its factory in Tennessee.

No such announcement followed the anti-union vote.