A black-and-tan sign in Ron Lanning's office says it all: Simplify. The plant manager said the strategy has helped Autoline Industries Indiana's Butler factory increase sales by 400 percent and jobs by 300 percent since 2008. For comparison, manufacturing jobs decreased in Indiana by 9 percent during the same six-year period, according to the most recent data available from the Bureau of Labor Statistics. 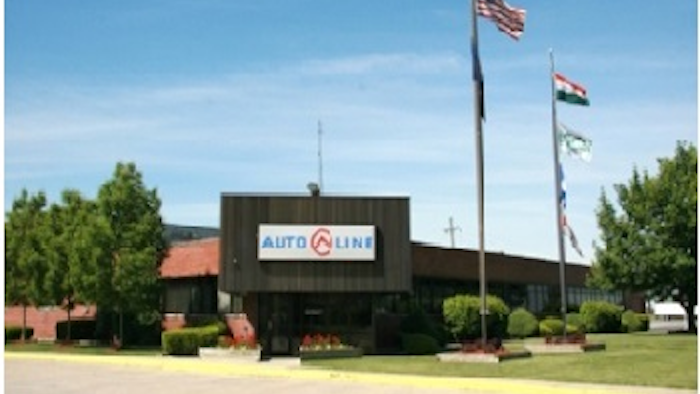 A black-and-tan sign in Ron Lanning's office says it all: Simplify.

The plant manager said the strategy has helped Autoline Industries Indiana's Butler factory increase sales by 400 percent and jobs by 300 percent since 2008.

For comparison, manufacturing jobs decreased in Indiana by 9 percent during the same six-year period, according to the most recent data available from the Bureau of Labor Statistics.

How did company officials do it? They bought a small auto parts factory from its bankrupt corporate owner, re-evaluated which pieces were made in-house and which were outsourced, invested in energy-saving devices to reduce costs, and turned customers and employees into partners.

This is Autoline's blueprint for how a turn-around should be done.

The recession wreaked havoc on the U.S. auto industry and its suppliers from December 2007 to June 2009. Thousands of manufacturing jobs were eliminated, and dozens of factories closed, The Journal Gazette reported (http://bit.ly/1graBM1 ).

Bramadesam felt comfortable enough with the U.S. auto industry, northeast Indiana and the region's workforce to recommend the acquisition to Autoline's board. The parent company is a publicly traded stamping and welding supplier to Mumbai-based Tata Motors and others.

"We had a feeling that the manufacturing business was coming back to the U.S.," Bramadesam said during an interview in his office in the Butler plant, where he works two or three days a week.

Autoline Industries Indiana LLC is officially registered in Michigan, where Bramadesam lives, but its only production facility is in the DeKalb County city with a population of about 2,700.

Betting on on-shoring was more than just a feeling, though.

Bramadesam knew costs in China and India were increasing, which reduced the advantages of basing production there.

Also, Dura's operation was attractive because it had already been named a Tier 1 supplier to the auto industry by demonstrating quality standards, engineering capability and financial strength.

"Like Warren Buffett said, when others leave the market, you go in," he said.

Bramadesam set out to build a transparent company that would be employee-friendly, customer-friendly and supplier-friendly.

The first step was finding a lender willing to accept the risk. Fort Wayne-based Tower Bank's commercial bankers stepped up.

The turnaround plan included developing new products to manufacture in the factory that previously had about $4.5 million in annual sales.

"When everybody was running away from automotive, Tower believed in our business proposition and our story," Bramadesam said.

"Back then, there was a lot of empty space in the plant," he said. "The U.S. auto industry had basically imploded."

But Bramadesam's experience and vision were compelling. The acquisition was completed in September 2007.

The manufacturer asked customers to help it seek other distressed assets to buy to help make the factory more viable. Autoline found some bargains on equipment and, as part of the deals, received contracts for products.

"Our vision was five products in five years," Bramadesam said. "That was our growth strategy."

They succeeded, building upon the original operation's car jacks.

The factory now ships about 15,000 pedals a week to Ford for the Escape and Focus models. The company also makes jacks for Chrysler vans, brake pedals for Corvettes and other parts for GM.

Cahill has been impressed by Bramadesam's success.

"We believed in (the company), but he went well beyond what we thought was possible," Cahill said.

This year, the Butler factory will contribute $40 million to the company's global total of about $54 million, Bramadesam said.

The manufacturing CEO has been disciplined about pursuing parts contracts for only those models which are destined for the longest production runs without redesign, Cahill said. Bramadesam's strategy keeps Autoline from having to retool its operation annually as carmakers alter their orders.

"He gets the best use of his space that way," Cahill said. "He's very focused. There's a reason why he does everything."

Increased globalization means that Autoline has to seize every cost-saving opportunity, Lanning said.

Autoline employs 182, including 47 temporary assembly line workers, on three shifts, he said. The company employed 41 on one shift just six years ago.

Management and Local 735 in July signed a new, three-year contract in which all workers received pay raises, a national spokesman for the United Electrical Workers said last summer.

Numerous local unions have ratified contracts that create a two-tier wage scale, which calls for workers hired after a certain date to earn less for doing the same jobs as previously hired employees.

American companies largely have to steer clear of wages and cut other costs from the process, Lanning said.

Company officials realized it would be more efficient to manufacture some parts the factory previously outsourced. And it made more sense to outsource production of some items outside the staff's areas of expertise.

Autoline also invested in a truck to pick up parts from suppliers, creating better flow of products and better cash flow by not paying for parts until they're needed. That move alone has saved the company about $50,000 a year, Lanning said.

Savings have also come from decreasing utility costs. By investing in energy-efficient, motion-activated overhead lights in the factory, Autoline received a $57,000 rebate and saves $60,000 a year in electricity costs.

Lanning hopes the cumulative changes will position Autoline well in an annual evaluation of best-managed factories by IndustryWeek magazine.

The Cleveland-based monthly publication included Kautex Textron's Avilla plant on its 2003 Top 10 list from among more than 200 nominees from the U.S., Canada and Mexico. Lanning and Bramadesam both worked there at the time.

The executives hope they've recreated that pinnacle of manufacturing success in Butler.

Information from: The Journal Gazette, http://www.journalgazette.net