Ford Motor Co. has agreed to government demands to expand a driver's side air bag inflator recall to the entire U.S. The move announced Thursday adds 447,000 Ford vehicles to the list of those recalled due to driver's inflators made by Japan's Takata Corp. The inflators can explode with too much force, spewing... 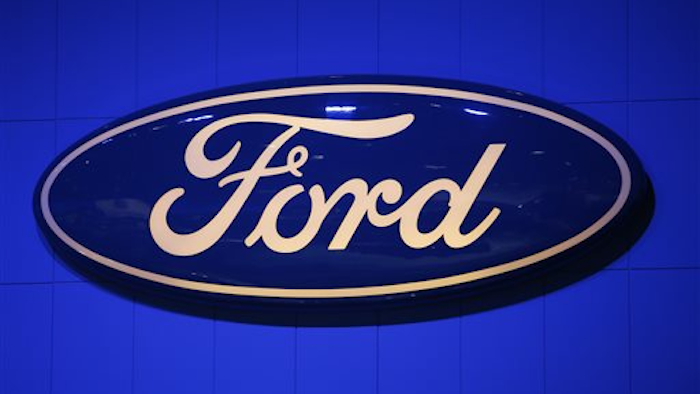 Ford Motor Co. has agreed to government demands to expand a driver's side air bag inflator recall to the entire U.S.

The move announced Thursday adds 447,000 Ford vehicles to the list of those recalled due to driver's inflators made by Japan's Takata Corp. The inflators can explode with too much force, spewing shrapnel into drivers and passengers.

Ford's action puts pressure on BMW and Chrysler, the only two automakers that haven't agreed to national recalls. The National Highway Traffic Safety Administration made the demand of five automakers, saying the inflators are dangerous. Honda and Mazda already took their recalls national.

Previously the recalls were limited to high-humidity states mainly along the Gulf Coast.

The Ford national recall covers certain 2005 to 2008 Mustangs and 2005 and 2006 GT sports cars. The company also announced it would recall the same cars in Canada, Mexico and a few other countries. Thursday's announcement brings to just over 502,000 the number of Ford vehicles under recall for Takata driver's side air bags.

The company said in a statement that it's aware of one accident with an injury that could be linked to the air bags. Dealers will replace the inflators at no cost to customers.

Last month, NHTSA demanded that Takata and the five automakers recall driver's inflators across the nation. Takata and Chrysler have refused and could face legal action. BMW says it's still evaluating the demand.

Takata took out full-page advertisements in several newspapers including the Detroit Free Press on Thursday saying that it will work with NHTSA and automakers to expand the recalls by increasing production capacity for replacement air bags. The company said it's exploring whether other companies' air bags can be used in replacement kits.

But in documents filed with NHTSA, Takata refused to do a national recall, saying it's not supported by testing data. The company also said NHTSA didn't have the authority to order a parts supplier to do a recall. The safety agency has threatened legal action if Takata and the remaining automakers don't comply with its demand.

The safety agency says there's no data to support a nationwide passenger air bag recall, which so far has been held to the high-humidity states. In total, 10 automakers have models with Takata air bags, which have been blamed for at least five deaths and multiple injuries worldwide. So far, automakers have recalled about 12 million vehicles in the U.S. and about 19 million globally for similar problems.

U.S. recalls previously had been limited to Florida, Hawaii, Puerto Rico and the U.S. Virgin Islands. But recently, under pressure from NHTSA, automakers have expanded them to include Saipan, Guam, American Samoa as well as Alabama, Georgia, Hawaii, Louisiana, Mississippi and Texas — all areas with average annual dew points of 60 degrees or higher. The dew point is the temperature at which moisture condenses out of the air.