BMW Gets New CEO, Another BMW Exec Bails For VW

Tuesday was a day of change at the top of Germany's auto industry. The biggest news: Luxury carmaker BMW AG said its chief executive, Norbert Reithofer, was leaving his post to become board chairman. He's being replaced as CEO by 49-year-old Harald Krueger in what a member of the company's... 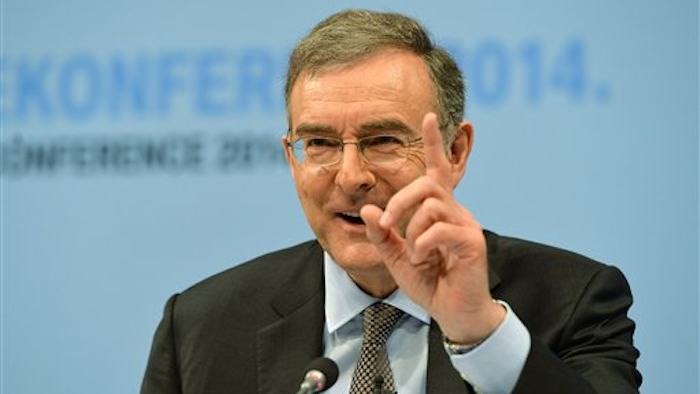 Tuesday was a day of change at the top of Germany's auto industry.

The biggest news: Luxury carmaker BMW AG said its chief executive, Norbert Reithofer, was leaving his post to become board chairman. He's being replaced as CEO by 49-year-old Harald Krueger in what a member of the company's controlling family called a "generational change."

And there was more. Volkswagen poached a top BMW executive — who was immediately seen as a potential successor to VW boss Martin Winterkorn.

Here's what happened and the takeaways for both companies:

WHO IS GOING WHERE

— Reithofer will become chairman of the board of directors at BMW's shareholder meeting on May 13. As chairman, Reithofer will replace Joachim Milberg, a former CEO who is 71.

— Harald Krueger, 49, takes over from Reithofer as CEO. He's the company's production chief, and formerly ran its MINI and Rolls-Royce brands as well as its motorcycle business. His other previous jobs include project engineer for the Spartanburg, South Carolina, plant in the 1990s and the head of engine production at Hams Hall in the UK.

WHAT IT MEANS FOR BMW

Reithofer's departure is part of a planned succession that underlines the preference of the Quandt family, which controls the company, to focus on the company's long-term strategy.

That's according to auto analyst Ferdinand Dudenhoeffer at the University of Duisburg-Essen, who notes that Reithofer is 58 and the practice at BMW is generally to move executives out once they pass 60.

"It's better to be active and announce the change rather than to be chased by the press," said Dudenhoeffer. "If you look at Krueger, you can count on stability because currently he is running the production facilities."

The change doesn't mean dissatisfaction with Reithofer, who has led BMW to record profits since taking over in 2006, mainly by selling expensive SUVs and luxury cars in China.

Deputy board chairman Stefan Quandt said the moves represent "generational change, which combines the need for continuity with the creative energy of the younger generation."

IHS Automotive analyst Tim Urquhart called Krueger's rise through the ranks at BMW "meteoric." His chief challenges include keeping BMW on top of the heap as the top luxury carmaker by volume and expanding existing alliances with Toyota on things like fuel-cell development.

WHAT IT MEANS FOR VOLKSWAGEN

Diess will take over the Volkswagen brand from Volkswagen CEO Martin Winterkorn, who had been trying to fix profitability problems there while also running the entire Volkswagen group, which includes Audi, SEAT, Skoda and Lamborghini.

Diess, 56, played a key role as head of research and product development at BMW as the company made a huge bet on alternative propulsion vehicles in the i3 electric compact and the i8 hybrid sports car.

Diess won't be able to start his new job until Oct. 1 for contractual reasons. And then he will face a rough job trying to sort things out at the Wolfsburg-based Volkswagen. The company has powerful employee representatives and is partly owned by the regional government, which is not eager to see jobs cut. The company touted a new form of modular construction that has not yielded the sizeable reductions in manufacturing costs it was supposed to.

"It will be tough for Diess," said Dudenhoeffer. "Volkswagen is a very strange company for an outsider."

If he can succeed, Diess would join the short list of potential successors to the 67-year-old Winterkorn.

AND THE MARKET SAID

BMW shares fell 2.9 percent Tuesday and VW was down 1.7 percent — although shares were down generally.