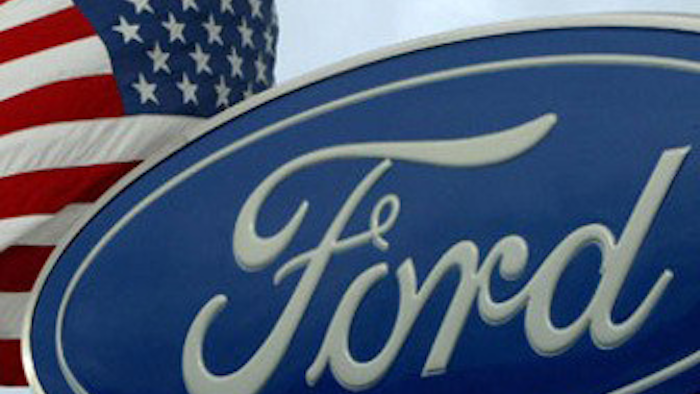 Ninety-one World War II veterans will travel to the nation’s capital to experience the national war memorials dedicated in their honor. The trip is being organized by Honor Flight Chicago, the local hub of the Honor Flight Network.

“Ford is privileged to play a small role in what we hope is a big day of reflection, remembrance, and recognition for those who fought to defend freedom, democracy, and the American way of life,” said Jim Vella, president Ford Motor Company Fund and Community Services.

Ford Fund, the philanthropic arm of Ford Motor Company, began partnering with Honor Flight in 2011 and has since provided support for nine flights from Michigan, Kentucky, Ohio, Missouri and Illinois. In 2014, Ford supported three flights of over 200 veterans from across the nation, including Chicago.

Ford Motor Company maintains an historic commitment to its veterans and military personnel. The company employs over 5,000 veterans and civilian employees, who are active in the Reserves and the National Guard. The Ford Veterans Network Group sponsors activities throughout the year in support of its veterans, military personnel and their families.

Since 1974, Ford Motor Company and the Ford Motor Company Fund have provided more than $9 million to veterans’ organizations. Ford Motor Company has a longstanding partnership with the Disabled American Veterans (DAV) that began in 1922 when Henry Ford organized a caravan of 50 Model T’s to take veterans to their annual convention. Over the last 19 years, Ford has donated over 178 vehicles to the DAV.

Ford also supports military families through our support of the American Red Cross. This year, the Ford Motor Company Fund is providing 150 Blue Oval Scholarships to military members and their spouses to receive certification in nurse assistant training from the American Red Cross. Ford has already provided 250 scholarships over the last two years; enabling veterans and their families to receive training for careers in the healthcare industry.