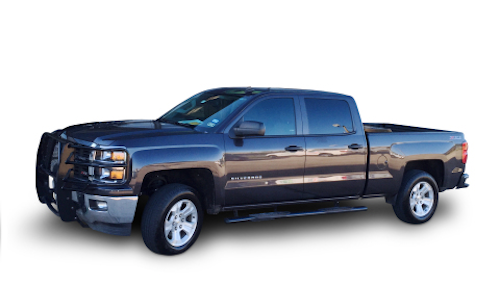 During EPA testing the DuraDrive DI set a record for efficiency on an eight-cylinder natural gas truck, achieving 23 miles per gallon highway. The half-ton CNG upgrade from Nat G comes standard with a 24 gasoline gallon equivalent natural gas cylinder giving the vehicle a combined natural gas and gasoline range of more than 1,000 highway-miles.

Regarding his choice to use natural gas vehicles in his fleet, Bill Collora, CEO of NewTex Plumbing, said, “It’s just a no-brainer, the savings are incredible. We’re based out of the Woodlands but serve the entire Houston area — from Kingwood to Sugar Land. Before, our average gas bill was $8,000 per week; now it’s down to about $5,000 per week.”

Nat G CNG Solutions has pre-orders for more than 50 units of the DuraDrive DI, which will be delivered to customers in Texas and Louisiana before the end of the year. “Customers have been looking forward to getting a high-quality natural gas option for the new direct injection engines from General Motors,” said Bob Lukefahr, co-CEO of Nat G. “The system performs flawlessly, has great power and offers tremendous efficiency.”

In addition to the 5.3 liter engine, AGA Systems has also started shipping the DuraDrive DI for GM’s 6.2 liter direct injection engines, which are used in the Chevy Suburban, the GMC Yukon XL, and several larger pickup trucks. Nat G is offering an underbody cylinder system for the full line of GM full-sized SUVs to allow customers to upgrade their SUVs without losing cargo space.

A 5.3 liter GMC Sierra will be on display October 23 at the Natural Gas Summit being held at the Palmer Events Center in Austin, Texas. The summit, sponsored by the Texas Railroad Commission, will showcase natural gas vehicles and fueling solutions.