A jury has decided that a Texas company should pay $175 million in a case involving the safety of thousands of guardrails on highways around the country. A whistleblower charged that the company changed the design of caps at each end of the guardrails a decade ago that made... 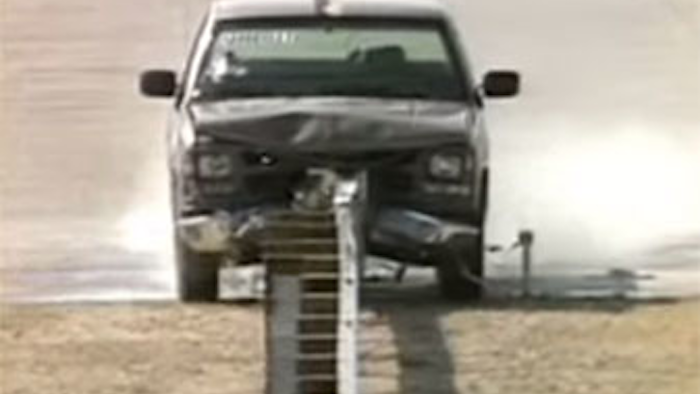 A jury has decided that a Texas company should pay $175 million in a case involving the safety of thousands of guardrails on highways around the country.

A whistleblower charged that the company changed the design of caps at each end of the guardrails a decade ago that made them more dangerous, then failed to properly test the units or tell government transportation officials about the change for years.

The verdict against Trinity Industries Inc. was handed down Monday in federal district court in Marshall, Texas. The company issued a statement suggesting that it would appeal.

The final amount of damages was unclear. Under the federal law used to sue the company, the False Claims Act, damages could be tripled. The judge could also alter the jury's award. Trinity faces separate lawsuits blaming the guardrails for injuries and deaths after in several crashes.

The Marshall case was brought by whistleblower Josh Harman, a guardrail installer from Virginia, who accused Trinity of making false claims to federal regulators when it didn't disclose the design change. The guardrails are supposed to collapse and cushion the impact when hit head-on, but critics say they often impale cars.

The company has said that since the guardrail system was introduced in 2000, it has met all federal testing standards. The federal government has reimbursed states that buy and install the guardrails.

The Federal Highway Administration on Tuesday sent a letter to Trinity telling the company it must perform additional testing on the guardrails and to provide a plan for new testing by Oct. 31. If not, government may suspend or revoke the eligibility of the guardrails for federal reimbursements to states, the letter said.

Dallas-based Trinity is a diversified manufacturer of many industrial products including railcars and barges. It reported profit of $375.5 million on revenue of $4.37 billion last year. The guardrail segment is a small part of its business.

Trinity shares fell more than 12 percent Monday after the verdict. In afternoon trading on Tuesday, they had regained more than half of Monday's losses and were up $2.62, or 8.3 percent, to $34.25.

For more information on this case, read "Manufacturer May Have Put Profits Before Safety"