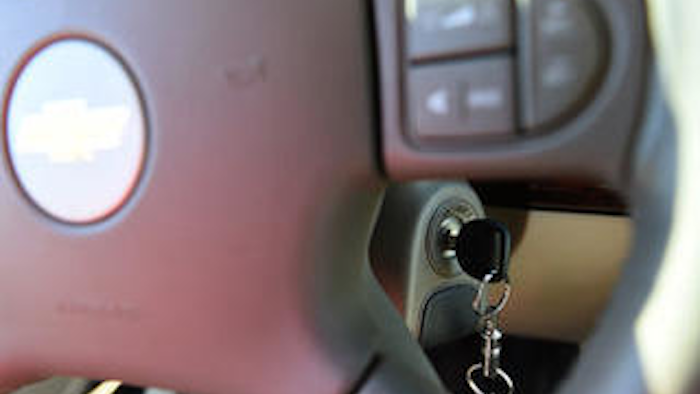 Two U.S. senators are questioning why the nation's auto safety regulators are letting car companies recall vehicles only in limited regions when a safety problem could happen anywhere.

Sens. Richard Blumenthal, D-Conn., and Edward Markey, D-Mass., cited a dangerous problem with air bags as an example of how the National Highway Traffic Safety Administration has let some automakers limit recalls to a few high-humidity states while others have done nationwide recalls for the same problem.

In air bags manufactured by Japanese parts supplier Takata Corp., inflators can rupture, causing metal fragments to fly out when air bags are inflated in crashes. The problem has caused serious injuries for drivers and passengers. So far automakers have announced recalls totaling about 12 million vehicles worldwide because of the problem, and NHTSA is investigating whether the problem is even more widespread. It could date back to vehicles as old as the 2002 model year, according to NHTSA.

The problem has affected most major automakers including Honda, Toyota, Nissan, Mazda, General Motors, Ford, Chrysler, BMW, and Mitsubishi. Clarence Ditlow, executive director of the Center for Auto Safety, a nonprofit advocacy group founded by Ralph Nader, estimates there are at least 20 million cars with the faulty air bags on U.S. roads.

Some automakers, on advice from Takata, have done regional recalls in Florida, Hawaii, Puerto Rico and the U.S. Virgin Islands, where Takata says the "absolute humidity" is higher than other states. Others have done nationwide recalls or "service campaigns" that aren't monitored by NHTSA. Most complaints about the problem have come from high-humidity states.

The senators wrote in a letter to NHTSA Acting Administrator David Friedman on Wednesday that the regional recall practice risks the safety of those whose cars aren't registered in the states covered by the recalls. "Even if these cars are not actually registered in the particular states subject to the regional recall, they may nevertheless be driven there," the senators wrote. "Regional recalls that treat cars and trucks like they never leave their home make no sense."

Absolute humidity is a measurement of water vapor in the air, while relative humidity measures air moisture content relative to the air temperature.

Blumenthal and Markey questioned how absolute humidity was determined for the states covered by the recalls, since most weather forecasting measurements use relative humidity. They also questioned why the recalls were limited "given the high levels of summertime humidity experienced by large portions of the rest of the country."

The lawmakers also questioned whether Honda, which has recalled numerous vehicles for the air bag problems, is complying with a law requiring automakers to report safety defects causing serious injury or deaths. Citing research by the Center for Auto Safety, Blumenthal and Markey wrote that there is no report in NHTSA's database about the May 27, 2009 death of Ashley Parham, 18, of Oklahoma City.

Parham was driving a 2001 Honda Accord across a high school parking lot in Midwest City, Oklahoma, when it hit another car. The air bag sent shards of metal into her neck, causing her death.

The senators say that Honda may have told the agency of the incident, but NHTSA apparently didn't post information in its Early Warning database, so the public was not made aware of it.

In a statement, NHTSA said it's working to establish a "new normal" for automakers in which they report safety problems and issue recalls quickly. The agency said it's investigating Takata air bags and urged automakers to recall cars in areas with the highest known risks "despite uncertainties in this case."

"Based on NHTSA's open investigation, the agency will take appropriate action, including expanding the scope of the recall if warranted," the statement said.

The agency also is talking with Honda about Early Warning reporting.

Messages were left Wednesday afternoon for a Takata spokesman. A Honda spokesman said he's looking into a response. 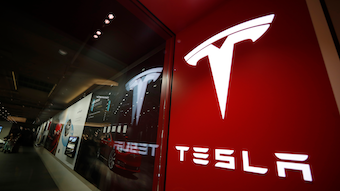