The thought of losing the Jeep Wrangler — a direct descendant of the original olive-drab vehicle that rolled off the assembly line in Toledo on its way to the battlefields of World War II — feels a little bit like losing a family member to those who have spent generations on... 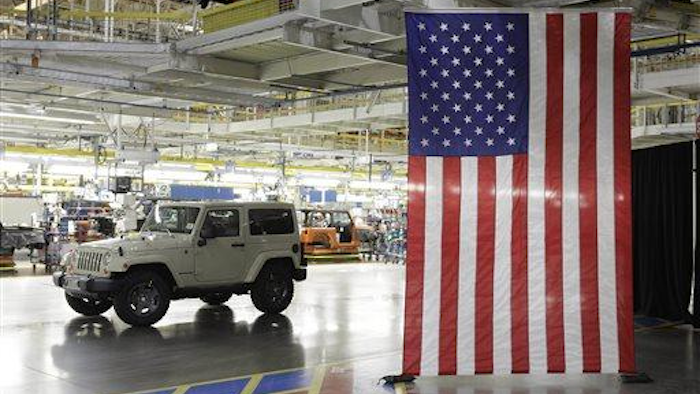 The thought of losing the Jeep Wrangler — a direct descendant of the original olive-drab vehicle that rolled off the assembly line in Toledo on its way to the battlefields of World War II — feels a little bit like losing a family member to those who have spent generations on the factory floor.

Word that Chrysler is considering moving production of the Wrangler elsewhere so that the famously rugged vehicle can be constructed with an aluminum body to meet new government gas-mileage standards has triggered feelings of anger, betrayal and despair in this Midwestern industrial city.

"It's not an unsurmountable blow, but it's a blow to our pride," said Ron Szymanski, who retired after making Jeeps for 35 years and later was curator of a collection of Jeep memorabilia.

Chrysler CEO Sergio Marchionne surprised everyone last week when he said that reconfiguring the Wrangler assembly line in Toledo to handle the new design coming out in about three years would be so "outrageously expensive" as to be impossible.

Automakers are increasingly looking at lightweight aluminum as an alternative to steel to meet the government's goal of nearly doubling average fuel economy to 54 miles per gallon by 2025.

The assembly complex in Toledo, which employs about 6,000 workers, isn't in danger of shutting down even if the Wrangler goes away. It still makes the more-citified, more family-friendly Jeep Cherokee, and Marchionne said the employment level would be kept steady, most likely by bringing in a new vehicle to build.

But there's a question of whether a new vehicle could match the Wrangler in sales. The plant — the only one in the world building the Wrangler — is on pace to make 240,000 this year.

And many assembly-line workers, like many Wrangler owners, have deep affection for the Wrangler because of the tough, utilitarian design that still closely resembles the military version and makes it ideal for off-roading.

"To lose our Jeep, that's almost like sacred. You can't do that," said Jennifer Wherry, one of nearly three dozen in her family who have built Jeeps over the years.

Jeep's origins in Toledo go back to 1941, when Willys-Overland Motors began mass production of the vehicle for the military. As the war neared its end, the company began making the Jeep CJ for the public. It kept rolling off the line in Toledo until the Wrangler came along in 1987. Those first Wranglers were built in Canada before production returned to Toledo in 1993.

The Jeep brand changed hands repeatedly over the years, with Chrysler buying it out from American Motors Corp. in 1987.

What hurts Toledo's chances of keeping the Wrangler is its popularity. Shutting down production for six months to retool could cost $1 billion in sales, said Bruce Baumhower, president of the United Auto Workers local.

"We understand the issue," he said. "Now were down to finding a solution. We can't let the Wrangler go."

Workers at the plant were seething last week because Marchionne had pledged in January that the Wrangler would not be built outside Toledo as long as he was CEO. They felt betrayed, too, after agreeing to work weekends and holiday shutdowns to keep up with demand while also making contract concessions that included allowing parts suppliers to take over work once done by union members.

"There was not an inkling that this was coming," Baumhower said. "All of a sudden, it's leaving?"

A group led by Toledo's mayor along with the Ohio governor's chief of staff and state economic development leaders met with Chrysler officials on Thursday in hopes of saving the Wrangler.

More than just a military or a sport-utility vehicle, the original Jeep and its offspring have been a staple of pop culture. Presidents Ronald Reagan and Lyndon B. Johnson tooled around their ranches in Jeeps. Now celebrities like Jay-Z have taken to driving Wranglers. No movie about war or the Army ever seemed complete without a Jeep, from "White Christmas" to "Patton" to "Saving Private Ryan."

The vehicle continues to show up in films, including "The Avengers" and "Cars."