San Francisco’s Municipal Transportation Agency has awarded Siemens a contract to deliver an initial 175 light rail cars for its Muni transit system at a value of US$648 million. With an option for an additional 85 cars, this is the biggest Siemens order ever for light rail cars... 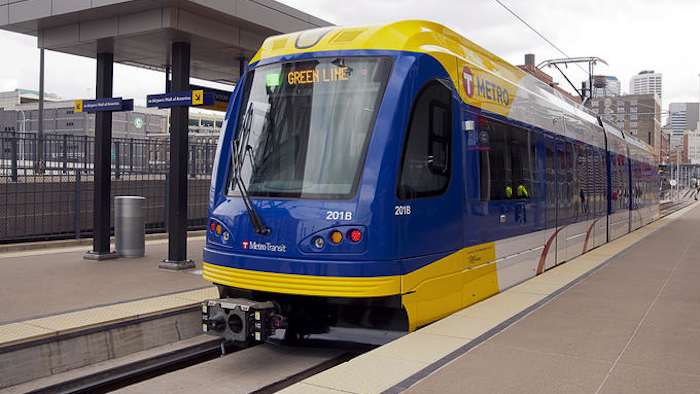 San Francisco’s Municipal Transportation Agency has awarded Siemens a contract to deliver an initial 175 light rail cars for its Muni transit system at a value of US$648 million. With an option for an additional 85 cars, this is the biggest Siemens order ever for light rail cars placed in the U.S.

With this contract, Siemens secures its position as the U.S. market leader in this segment. Every third streetcar or light rail car operating in the U.S. today comes from Siemens. The trains will be built at the Siemens plant in Sacramento, CA and the first vehicles are set to be delivered by end of 2016.

“We believe that Siemens technology is among the most reliable in the world, and we’re 100% confident that San Francisco will be very pleased with the vehicles they get at the end of the day,” said Michael Cahill, president of Siemens Rail Systems in the U.S.

San Francisco is considered to be one of the most environmentally-friendly cities in the US. The iconic California city is gearing up for a comprehensive modernization of its urban transport fleet and plans to provide energy-saving, modern light rail trains to transport the more than 700,000 passengers who utilize their transportation every day.

“These new vehicles from Siemens will bring a once-in-a-generation improvement for people riding Muni,” said Ed Reiskin, SFMTA Director of Transportation. “Compared to our current LRV fleet, these new Siemens vehicles will last 10 times longer before significant maintenance is required. Today’s milestone, coupled with future investments in our transportation infrastructure, will create a faster, more reliable transit system for the people of San Francisco.”

Siemens will deliver a newly-developed light rail car based on its Model S200 for the San Francisco order. The car is especially energy-efficient thanks to a light-weight drive system that recuperates braking energy, and an LED lighting system that uses up to 40 percent less electricity than standard neon lighting.

The light rail cars will be Buy-America compliant. Around 80 percent of the electricity used by the Sacramento plant for manufacturing is generated by a two-megawatt photovoltaic installation on the building’s roof. The solar units reduce the facility’s carbon dioxide (CO 2 ) emissions by around 1,470 tons a year.