General Motors knew of ignition switch problems with 6.7 million midsize and large cars for 11 years, yet it failed to warn customers with a recall until last month, according to documents posted by federal safety regulators. 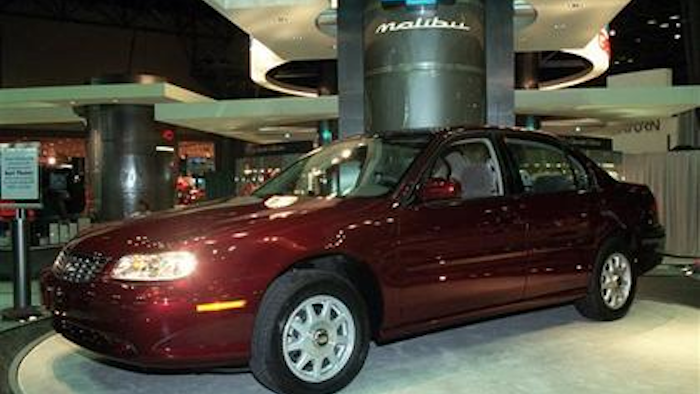 DETROIT (AP) -- General Motors knew of ignition switch problems with 6.7 million midsize and large cars for 11 years, yet it failed to warn customers with a recall until last month, according to documents posted by federal safety regulators.

The documents, released Friday, show yet again that the Detroit auto giant was slow to correct safety problems on its older models. And it exposes an all-too-familiar pattern of ignition switch troubles in millions of vehicles, some dating to 1997. So far this year GM has issued 54 recalls covering 29 million vehicles, 17 million for ignition problems.

In most cases, the ignition switches can slip out of the "run" position, shutting down the engine and knocking out power steering and brakes. Drivers can lose control of their cars, and if they crash, the air bags won't work. The list of recalls includes 2.6 million older small cars with faulty switches that GM has blamed for at least 13 deaths.

The switches can unexpectedly shut off the car's engine if a driver has a lot of weight on the key ring and goes over a bump, the company says. GM says two fatal crashes that killed three people could be linked to the problem.

In a chronology filed with the National Highway Traffic Safety Administration, GM said a Michigan dealership reported a 2003 complaint from a customer about a Pontiac Grand Am stalling. The customer had about 50 keys and a set of brass knuckles on his ring. GM officials saw the customer demonstrate the engine stall by going over a speed bump, and it told dealers in a voice mail about the problem. GM also issued a service bulletin to dealers warning of the problem, but it didn't recall the cars at that time.

Later that year, GM changed the switch to make it harder to turn on the Malibu, Grand Am and Alero, but still did not issue a recall. Then, in 2004, it fixed the Grand Prix switches in 2004 without changing the part number.

The changes and deaths possibly linked to the problem were discovered in GM's safety review earlier this year.

The way GM handled the midsize and large car recall is similar to its methods in the small-car recall. The small-car case touched off federal investigations and congressional hearings, and it brought a $35 million fine from NHTSA for delays in reporting safety problems to the government.