After Chrysler filed paperwork telling the NHTSA about the expansion, the agency said it was dissatisfied, raising concerns about whether the switch problem can stop the air bags from inflating in a crash. 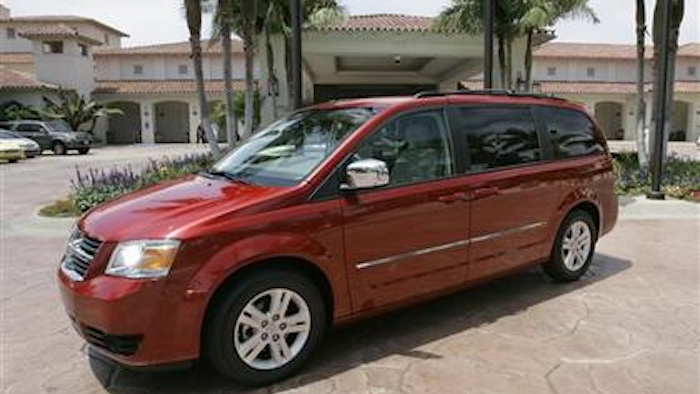 DETROIT (AP) -- Chrysler said Monday that it is adding about 696,000 minivans and SUVs to a 2011 recall to fix faulty ignition switches.

The latest recall covers some Dodge Journey SUVs and Chrysler Town & Country and Dodge Caravan minivans from the 2007 to 2009 model years. Most were sold in the U.S., Canada and Mexico.

After Chrysler filed paperwork telling the National Highway Traffic Safety Administration about the expansion, the agency said it was dissatisfied, raising concerns about whether the switch problem can stop the air bags from inflating in a crash. NHTSA has asked Chrysler for more information in the case and said it "will take appropriate action based on its findings."

The safety agency has been looking into ignition-switch performance across the U.S. auto industry after General Motors bungled a recall of 2.6 million older small cars for similar problems. The GM problem is responsible for at least 13 deaths. The switches can unexpectedly slip out of the "run" position to "accessory." That shuts off the engines and knocks out power steering and brakes, causing people to lose control of the vehicles. It also disables the air bags.

NHTSA's industrywide inquiry is focused on whether air bags will inflate after ignition switches are turned off.

Chrysler said two crashes have been reported in the batch of vehicles that were recalled on Monday, but it's not aware of any injuries.

Chrysler recalled 196,000 Journeys, Caravans and Town & Countrys in March of 2011 because the ignition keys could unexpectedly move from "run" to "accessory" and shut down the engine. This can knock out the power steering and disable air bags. Dealers will replace the vehicles' wireless ignition modules.