The current two-tier UAW wage system, installed in 2007, pays veteran workers $28 per hour, while pay for newer employees is capped at $19.28 per hour. 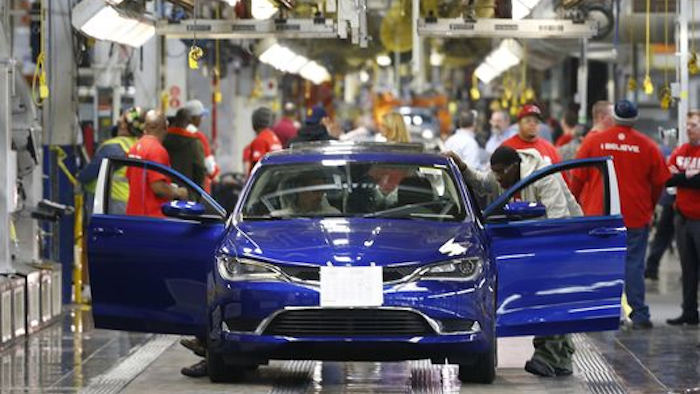 "I'm thinking they got too many damn tiers now," Dennis Williams told union members at their bargaining convention in Detroit.

The current two-tier UAW wage system, installed in 2007, pays veteran workers $28 per hour, while pay for newer employees is capped at $19.28 per hour. UAW officials signaled closing that gap, as well as a general wage increase, would be a priority during negotiations over a new contract with the "Big Three" automakers.

Sources told Bloomberg, however, that GM and Ford could instead seek a new, lower tier in an effort to reduce labor costs after the current contract expires in September. A report this week showed average labor costs for GM and Ford were considerably higher than most other carmakers operating in the U.S.

Although Williams opposed the idea, he also cautioned members that General Motors, Ford and Fiat Chrysler must compete in a global economy.

“I truly believe that the companies we deal with know that we can be both creative and thoughtful,” Williams said. “But make no doubt about it, they also know that as we share in the bad times, we must equally share in the good times.”

Authorities blamed the increase on risky driving behavior early in the pandemic.
Jan 14th, 2021
Follow Us
Most Recent