Automotive Suppliers See Some Light Ahead

A weakening recovery in the auto sector and higher raw material costs will keep profits for check into next year for North American auto parts suppliers.

Moody's cut its outlook for auto suppliers to "Stable" from "Positive" saying it now expects global light vehicle demand to grow just 3.5 percent this year, down from its previous prediction of 5.1 percent growth. The ratings service also cut its 2012 growth prediction to 6.5 percent from 7.4 percent.

In afternoon trading, shares of auto supplier shares fell along with the broader market. The Dow Jones Industrial average fell 190 points, or 1.7 percent, to 11,050.

Moody's Investor's Service said weaker-than-expected gross domestic product growth in established markets and rising interest rates in emerging markets such as China and India, will result in weaker credit conditions for the overall automotive sector in the next year to 18 months.

"This will benefit the U.S.-based parts suppliers, most of whom still have a significant portion of their business with the U.S. automakers' domestic manufacturing operations," Moody's said.

Moody's added that suppliers that do significant business with commercial truck makers, such as Meritor Inc. and Accuride Corp., could get a boost through 2012, as trucking companies are forced to replace their aging fleets. 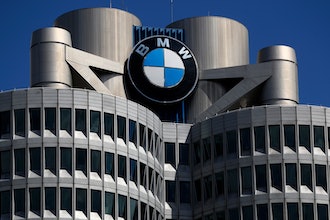